Ola and Uber see a surge in growth of taxi rides in 2016 despite disruption in the form of regulation or supply side disruptions. 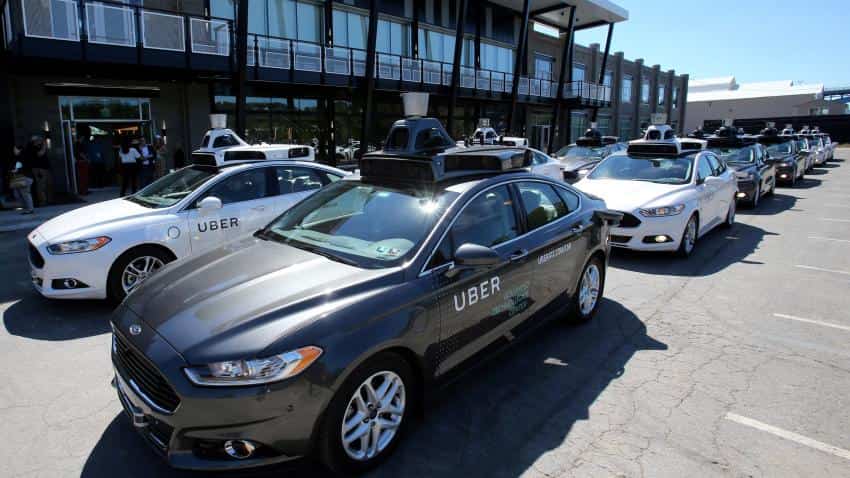 Online cab or taxi-hailing app players such as Ola and Uber saw a good grow in 2016 despite all the regulatory hurdles and supply side disruptions. Online cab players in 2016 completed nearly 500 million rides, which was a 250% year on year growth during the year, according to a RedSeer Consulting report. In the previous year they had seen 130 million rides.

One of the biggest boosters for the online cab players was at the end of the year after the government demonetised high currency notes. In fact just after demonetisation in November non-cash transactions for these players increased by 20%. 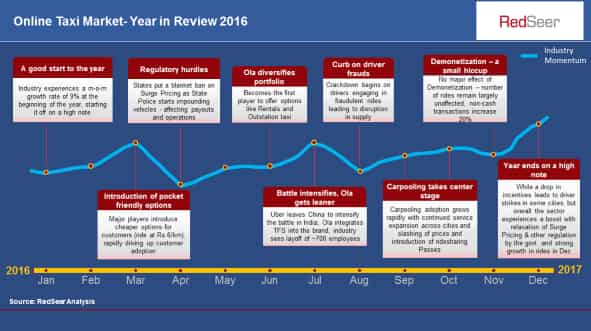 The taxi-hailing cabs saw a strong growth in December. This was due to a boost with the relaxation of surge pricing and other regulations by the government.

In January the online taxi market started off strong with a 9% month on month growth. By March there was a surge in growth of online cab players as companies such as Ola and Uber introduced cheaper options for customers such as rides for Rs 6 per km. This led to rapid customer adoption.

However, the industry took a big hit in April as State governments put a blanket ban on surge pricing and State Police start impounding vehicles, which affected payouts and operations, said the report.

Things started to get better the following months. In June Ola cabs diversified its portfolio and became the first in the country to offer options like rentals and outstation taxi's.

The taxi-hailing app players grew even further in July as the battle between Uber and Ola intensified. Uber during the month exited the China market to intensify the battle in India. Ola, on the other hand, integrated with Taxi For Sure which it had acquired earlier and gets leaner. This however resulted in it laying off about 700 employees.

The following month however brought bad news for the industry as a crackdown began on drivers engaging in fraudulent rides to cause disruptions in the supply.

In September and October carpooling took center stage as adoption grew rapidly with continued service expansion across cities and slashing of prices and introduction of ride-sharing passes.

Demonetisation was a small hiccup in November for the industry, says the report. There was no major effect of demonetisation for the online taxi players. The number of rides remained largely unaffected and non-cash transactions increased by 20%.

The year ended on a high note for taxi-hailing app players. While there was a drop in incentives which led to driver strikes in some cities, but overall the sector experienced a boost with relaxation of surge pricing and other regulations by the government.

Anil Kumar, Founder and CEO, RedSeer Consulting said, “The Indian online cab aggregators had a very successful year in terms of increasing market size, maintaining a strong supply of drivers, and promoting features like carpooling and leasing for both consumers as well as drivers. Some minor hiccups like lack of clarity on the ever-changing regulations and unrest among sections of drivers are things these players would have to counter in the coming year and we can expect the industry to keep growing in 2017”