Following up with the legalization the cab hailing industry in India, the government had set up a committee under the Ministry of Road Transport and Highways. A draft policy by this committe was submitted on December 15 which entails rules for the aggregate cab drivers as well as 'kaali-peeli' taxis and tourist taxis in India. 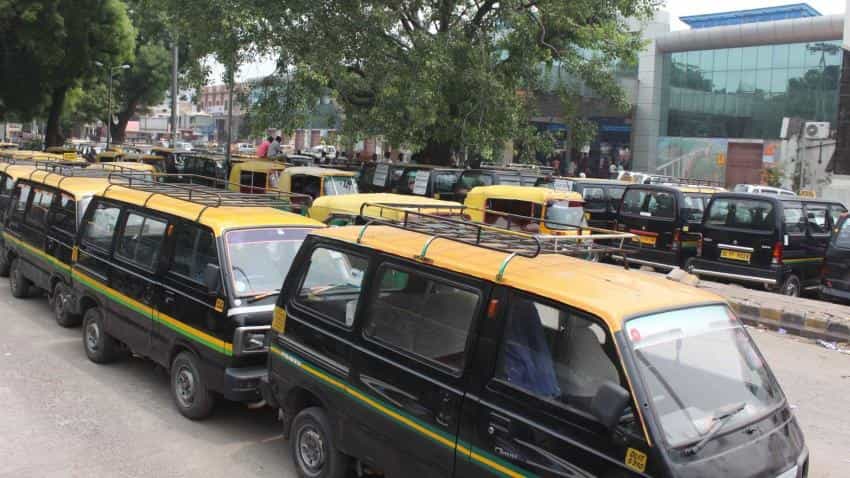 So as to solve problems of competitiveness in the cab hailing business and as an ‘alternative to car ownership,’ along with ‘lowering entry barriers,’ the committee submitted draft policies for the functioning of taxis in India. Image Source: IANS

In a move to ‘to promote urban mobility,’ the committee set up by Ministry of Road Transport and Highways (MORTH) said late Thursday night in a draft policy on taxi regulations that city taxis should be allowed to run on Uber and Ola apps.

“The committee constituted by the Ministry of Road Transport and Highways to review issues relating to taxi permits and propose taxi policy guidelines to promote urban mobility has recommended that   city taxies should be allowed to run on App Based platforms,” the Ministry said.

So as to solve problems of competitiveness in the cab hailing business and as an ‘alternative to car ownership,’ along with ‘lowering entry barriers,’ in the industry, the policy proposed regulations so that ‘bigger aggregators do not undercut the traditional cabs,’ the Ministry added.

The report said, “There is a need to create a suitable regulatory framework to promote shared mobility, liberalise the existing taxi permit systems and encourage new forms of urban mobility to create reliable alternatives to car ownership.”

It further added, “This was also accentuated by the need to bring aggregators, radio taxi operators and traditional city taxis under a uniform, fair and transparent regulatory framework.”

However, the Ministry may have given the city taxis an edge in the policy as it said, “The City Taxis may continue as street hailing taxis. However, they may also be allowed to ply on the aggregator platform, if they so desire.”

Adding to this, the policy said, “Ride-hailing services cannot charge more than three times the minimum tariff, rising to four times from midnight to 5 a.m.”

In July this year, the taxi unions along with certain autorickshaw drivers had declared an ‘indefinite strike’ to protest against cab aggregators like Ola and Uber.

The taxi union claimed that operations by cab aggregators like Uber and Ola were unauthorised.

Media reports have also reported many of the Ola and Uber cab drivers have had their vehicles seized and drivers fined even as their services fanned out to more than 100 cities.

Chancing an opportunity when the ‘kaali-peeli’ taxis went on strike the Ola and Uber cabs had operated on ‘surge pricing,’ which was also addressed by the policy on draft rules by the committee.

“…it has been observed that many aggregators based taxis operating exclusively within the city limits have not been found to conform to the rules set by the state transport authorities. Some serious areas of concern relate to predatory pricing, surge pricing, inaccuracy of distance measures by application based platforms, safety and security of passengers, proper background check for drivers etc,” the report by MORTH said.

“Over half of the world's 20 most polluted cities are in India. A major reason for this has been the uncontrolled growth of cars in our cities,” the report said.

Other rules presented said, “Ride aggregators should create firewalls to protect passenger data and taxis should be free to join ride-hailing services or cab aggregator platforms.”

Emphasizing on passenger safety, the policy said, “Such taxis must meet all safety requirements and come fitted with GPS tracking systems.”

Some of the other guidelines included, “Taxis more than four meters in length will be considered ‘deluxe’ and no tariff caps apply to this category. Ride-hailing services must set up local offices, emergency response centers and systems to address grievances.”

“The All India Permits for Tourist Transport Operators (AITP) taxis may be allowed to operate for all purposes except as street hailing taxis,” the report added.

The transport ministry had set up this committee in May this year as the government decided to legalize ride-hailing services in the country.

“The Committee is of the opinion that the policy guidelines would help in healthy growth of the taxi industry. It will reduce congestion and pollution in cities, help create a safe and secured passenger transport eco-system for urban mobility and stimulate employment and investment,” the report said.

Uber to roll out electric cab offering in India