The smart wearables shipments grew by 3.1% which was mainly due to fitness brands rather than smartwatches. 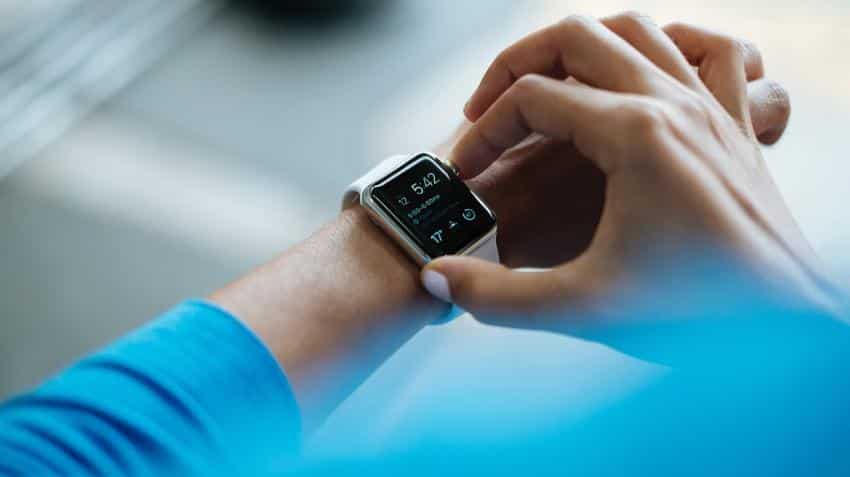 A man taking a look at his smartwatch. Photo: Pixabay
Written By: ZeeBiz WebTeam
RELATED NEWS

The overall wearables market has seen a growth of 3.1% in the third quarter of 2016. Total wearables shipments reached 23 million in the quarter, according to data from the International Data Corporation (IDC). However, the smartwatch market saw a decline during the quarter.

Smart wearables capable of running third party apps will likely continue to struggle in the near term, said the report. The reason for this was the decline in sales of Apple smartwatch which slumped by 71% during the quarter. It sold only 1.1 million units in Q3 this year from 3.9 million watches in the same quarter last year. The primary reasons for the downturn were an aging lineup and an unintuitive user interface, said the report.

Basic wearables, which primarily comprised of fitness brands, accounted for 85% of the market and experienced double-digit growth. The reason for this rise was due to the launch of newer models and increasing new users.

IDC expects the momentum for basic wearables to continue for the remainder of 2016 as the holiday season is now in full swing.

Fitbit was once again the market leader in 3Q16 as the vendor released a long awaited refresh for the Charge HR with the Charge 2. It saw an 11% year on year (YoY) growth in Q3 with the shipment of 5.3 million units from 4.8 million units during the same quarter last year.

Garmin captured the third position as the company with one of the widest portfolios among all the vendors in this market. It grew by 12.2% during the quarter and sold 1.3 million units from 1.2 million units last year.

Apple came in fourth in the market due to decline in the sales of its smartwatches.

Closely following Apple was Samsung which saw huge growth in sales of Gear Fit 2 and the Icon X in Q3. Samsung posted an 89.9% growth in shipment of its wearables as it sold 1.1 million units in Q3 this year from 0.5 million units last year.

Around the globe, the company was able to move large volumes of its latest wearables thanks to bundles offered with the Note 7 and other Samsung smartphones, said the report. Though the Note 7 was recalled, many consumers were allowed to retain their Fit 2 or Icon X, thereby artificially inflating Samsung's growth. Bundles aside, Samsung was able to sustain shipments of its Gear S2, particularly the cellular-enabled versions, through various wireless service providers.