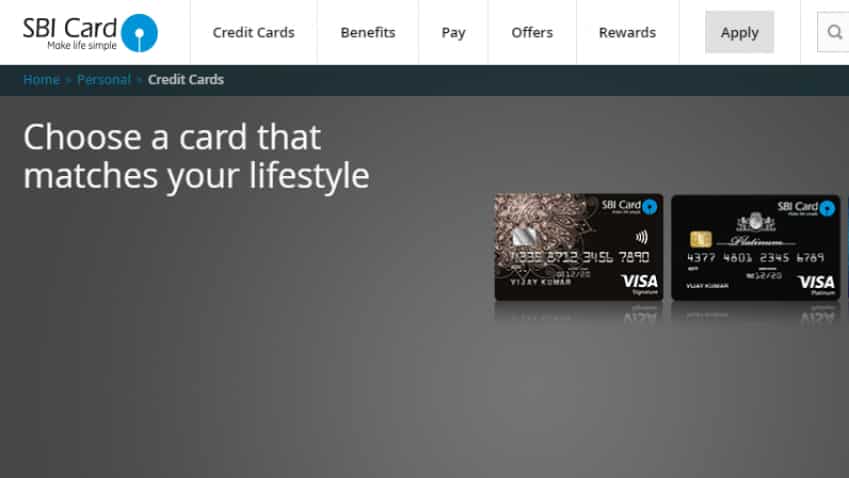 After government's decision to ban old banknotes of Rs 500 and Rs 1,000, SBI Cards has been witnessing a surge in card usage and expects to add 20-25% more customers. Image Source: Official Website
Written By: PTI
RELATED NEWS

To tap opportunities arising out of limited cash supply, SBI Card will soon launch a credit card with a cap of Rs 25,000 for those at the lower strata of the society, who have the capacity to pay but don't have cards, a top company official said.

"For the lower strata of society who do not have credit worthiness to get card, what we understand today is that each bank account has some money. So, we can give them secured card, even if they don't have any credit history. So, card with a limit of Rs 25,000 against the security of bank deposit can be given to anyone," SBI Cards & Payment Services (SBI Card) Chief Executive Vijay Jasuja told PTI in an interview.

The problem is not that these people don't have money to spend, but they don't have cards to use, Jasuja said, adding SBI Cards will offer them secured cards in about two-three months.

After government's decision to ban old banknotes of Rs 500 and Rs 1,000, SBI Cards has been witnessing a surge in card usage and expects to add 20-25% more customers.

"Since this move (demonetisation), there is surge in the usage of cards both in terms of number of transactions and volume. Our plan was to grow by 900,000 to 100,000 cards in one year but with this change, it will be extra by at least 20-25% new set of customers," he said.

He also said that the company has simplified card acquisition process and is planning to reduce the income cut-off criteria for giving credit cards to potential customers.

Jasuja said that even Jan-Dhan account holders can be potential customers.

SBI Card is also in the process of speeding up customer acquisition process by reducing the delivery period so that more and more people are added to the network.

"Today, the delivery time is 9 to 11 days, what we are doing is that we are trying to reduce it to two to three days, that is the minimum," said the official.

The company will also deploy more people on the field who will be present in all prominent markets and malls so that if anyone wants a card, the team can talk to such people, accept their application, document and quicken the period of processing and delivery.

With less encouragement for cash transaction post demonetisation, Jasuja is of the view that there will be major shift in consumers' spending behaviour.

"The kind of people who use credit cards are already using cards, but may be, they spend 20% by card and 80% by cash. That component will shift. Now, they will spend 90% on card and 10% in cash," he said further.

However, he feels that it will take about a year for normality to return post demonetisation as infrastructure like Point of Sale (PoS) terminals acceptance, manufacturing capacity and regulations are time consuming.

Pointing at the changing needs of the people, Jasuja said the company is now getting calls from customers to re-activate the cards which had become dormant.

"There is large number of customers who are inactive, so now we are getting calls from them pro-actively from their side for activation of the cards. We have also very aggressively launched the scheme to go back to inactive customers for activation of cards and the results are quite encouraging," he said.