"A team of 15-20 members has been set up and it has started working on the framework for the merger. The team is headed by a general manager and there are a few deputy general managers," a source said. 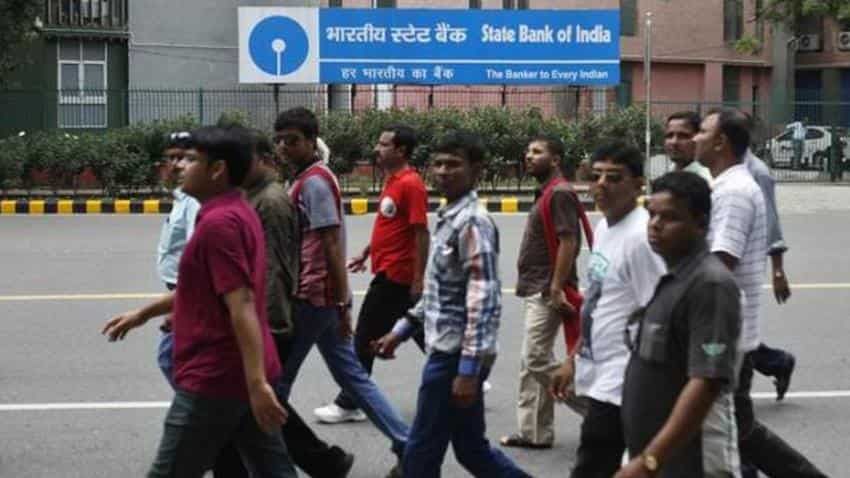 State-run banking behemoth SBI has set up a crack team to prepare a framework for amalgamation of five associate banks with itself, even as the political opposition to the proposed move is gaining ground and the government approval is still awaited.

"A team of 15-20 members has been set up and it has started working on the framework for the merger. The team is headed by a general manager and there are a few deputy general managers," a source said.

The team has been formed under the supervision of associate and subsidiaries department, which is being headed by managing director V G Kannan.

"If everything works fine, in three-four months the process is likely to begin," he said.

Last month, the bank's board had submitted a proposal to the government for merging its five subsidiaries and first women-oriented lender Bhartiya Mahila Bank with itself.

"This merger discussion is purely exploratory at this stage and is not certain. A proposal seeking an in-principle approval to start negotiations with associate banks will be submitted to the government," SBI had said in a statement issued after its board meeting last month.

"The idea is to merge all the five associate banks at the same time. They are on the same technology platform, which SBI has... it will not be a difficult process," the source added.

It is unclear whether the team which is looking into merger processes of the five subsidiary banks with SBI is also laying the groundwork for Bharatiya Mahila Bank's inclusion at this juncture.

Recently, Finance Minister Arun Jaitley had said the Centre is evaluating the merger proposal and will soon respond.

"We are looking at SBI (proposal) at the moment. It is with the government and (it) will respond. The government's policy, by and large, supports consolidation. I have indicated that in the budget itself," he said after a meeting with the heads of public sector banks and financial institutions held last week.

When asked how soon the government nod will be given to the proposal, Jaitley had said, "We are expecting (approval) shortly."

Moreover, CPI General Secretary S Sudhakar Reddy on Sunday said Telangana assembly should pass a resolution opposing the amalgamation and added the state will lose revenue if State Bank of Hyderabad is merged with parent SBI.

On June 9, the newly inducted CPI(M)-led LDF government in Kerala had opposed the merger of State Bank of Travancore (SBT) with SBI, becoming the first state government to lodge a protest.

"People of the state consider SBT as a bank of Kerala and the government also has the same view. We want SBT to remain as it is," Chief Minister Pinarayi Vijayan had told reporters. Among the five subsidiary banks, State Bank of Bikaner and Jaipur, State Bank of Mysore and State Bank of Travancore are listed entities.

The merged entity will create a banking behemoth, which can compete with the largest in the world with an asset base of Rs 37 trillion (Rs 37 lakh crore) or over $555 billion, with 22,500 branches and 58,000 ATMs as on December 2015. SBI alone has close to 16,500 branches, including 198 foreign offices spread across 36 countries.

SBI first merged State Bank of Saurashtra with itself in 2008. Two years later, State Bank of Indore was merged. SBI has maintained since then that it would merge the others as well but none of its initiatives fructified due to lack of capital (which was pegged at least Rs 2,000 crore each per bank) and stiff opposition from the employee unions.

Government has been considering merger of some of the state-run banks to create a stronger entity.

"The country needs stronger banks rather than a large number of lenders," the Finance Minister had said at the second edition of the Gyan Sangam held in March.

Last month, Minister of State for Finance, Jayant Sinha, had said the county will have 8-10 very competitive public sector banks once the "dust settles" and the consolidation phase ends.

"We have 27 public sector banks right now. When the dust settles, I think we will have, may be, 8-10 very competitive banks. Some of them are going to be large scale global players, while some are going to be differentiated banks," he had said.