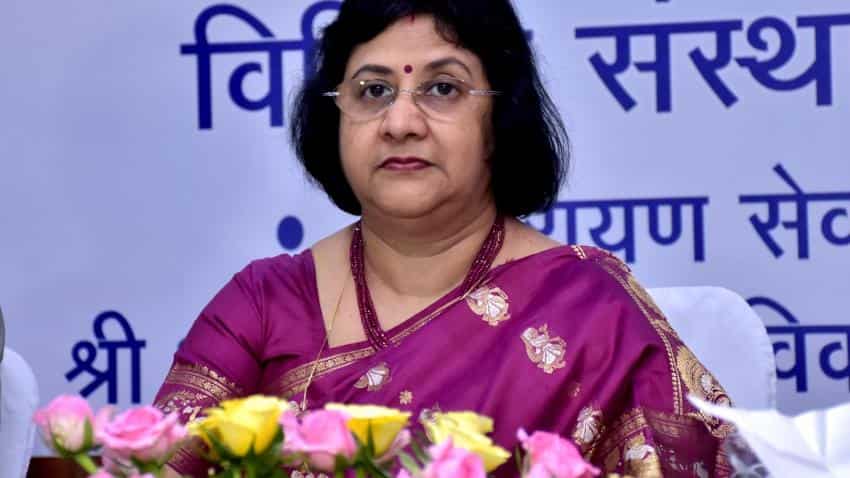 State Bank of India chairperson Arundhati Bhattacharya on Tuesday said the public sector lender's merger with its five subsidiaries will strengthen them and boost market share"exponentially" as the move will help reduce several "repetitive costs".

She said that once the government gives its in-principle approval, talks with bank unions will take place and their concerns related to the proposed merger will be addressed.

"The proposed merger of five small banks with SBI will raise our market share exponentially.We will be three-time higher than the nearest competitor. Several costs which persist today will be reduced as well as repetitive cost will also come down," Ms Bhattacharya told reporters here.

Finance Minister Arun Jaitley had on Monday said the government as of now was looking only at SBI merging 5 subsidiaries as well as Bharatiya Mahila Bank with itself and a decision on this will be taken soon.

"In stiff competition today, it is difficult for the small banks to smoothly function. Technological changes are taking place and all such arrangements need capital for it. If all the six banks are together, that will be great," she said.

She said that the proposed merger will improve treasury operations.

"Approval from the government is expected to come within one month and it will take around 6 months to complete the procedure to merge the banks. As far as the issues and fears of the employee unions are concerned, their fears will be sorted out when we start talks after the government approval," she said.

She was in the city to hand over a cheque of Rs 1,55,25,000 under CSR activities to the founder and chief patron of famed Jaipur Foot D R Mehta.

SBI fourth quarter profit down 66%, analysts say this was expected