Lenders of Essar Steel informed NCLAT that out of Rs 42,000-cr coming from the resolution plan of ArcelorMittal, Rs 2,500 crore has been marked as the working capital. 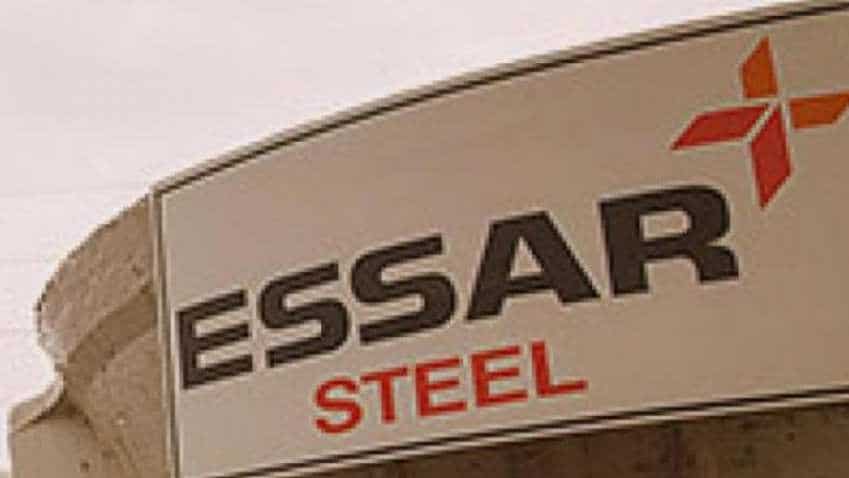 CoC submission before an NCLAT implied that only Rs 39,500 crore would be available for distribution among the financial creditors and operational creditors. Photo: PTI

The lenders of Essar Steel on Thursday informed the NCLAT that out of Rs 42,000 crore coming from the resolution plan of ArcelorMittal, Rs 2,500 crore has been marked as the working capital of the debt-laden firm. The Committee of Creditors (CoC) submission before a National Company Law Appellate Tribunal (NCLAT) implied that only Rs 39,500 crore would be available for distribution among the financial creditors and operational creditors.

Senior advocate Gopal Subramanium representing the CoC informed the appellate tribunal that the actual upfront amount is Rs 39,500 crore and the rest Rs 2,500 crore has been committed as working capital for Essar Steel.

In Monday's hearing, Standard Chartered, one of the secured financial creditors, claimed that bankers have clubbed Orissa Slurry Pipeline Ltd (OSPL) with Essar Steel in the auction to recover unpaid loans.

It alleged that Rs 2,500 crore, which should have been paid to Standard Chartered, has been diverted to lenders of OSPL.

On this, the COC clarified that the current resolution plan is only for Essar Steel Ltd and OSPIL Ltd is not part of it.

"It is a fact that in the Supreme Court offer was made for Rs 42,000 crores. But in the final judgment, the Supreme Court only referred to the previous offer of Rs 35,000 crore. Ultimately, after a lot of discussion it was raised to Rs 39,500 crore," Subramanium submitted. He further said: "Then there was a discussion on working capital. We said please guarantee Rs 2,500 crore. So total upfront payment is Rs 42,000 crore."

According to him, this Rs 2,500 crore is the minimum guarantee to the creditors of Essar Steel irrespective of whether the company is in profit or loss during the pendency of the insolvency resolution process.

Subramanium added: "If it is negative, there is Rs 2,500 crore and ?. Whatever excess of Rs 2,500 crore is there, it would be given back to the creditors."

A two-member NCLAT bench headed by Chairman Justice S J Mukhopadhaya also directed the CoC to submit a distribution chart of the money coming from ArcelorMittal. Over claims of the Standard Chartered Bank, the CoC said it is a secured financial creditor and "one among us" but the flow of money given by it was outside India.

"We agree that Standard Chartered is a secured creditor," said Subramanium, adding that their justification for giving the money was of totally different in nature.

"The money was transferred from India to a Mauritian entity for a US-based step down unit," he said adding "in normal circumstances, we would have given money to them." The matter would now come on May 20 before the NCLAT for hearing and ArcelorMittal may argue its side on that day.

Over the issue of OSPIL, Subramanium said that it was a step-down firm and separate insolvency is going for that.

"Orissa Slurry would not be a part of this resolution procees,? he said adding, "Bhubaneshwar-based National Company Law Tribunal (NCLT) has already admitted Insolvency proceedings against it on May 13."

Earlier, senior counsel Kapil Sibal appearing on behalf of Standard Chartered had alleged before the NCLAT that ArcelorMittal is in effect paying Rs 39,500 crore and not Rs 42,000 crore for buying Essar Steel as the remaining sum is being adjusted towards outstanding of an associate business.

Standard Chartered, which is seeking to be treated at par with the secured financial creditor for its claim, said bankers have clubbed OSPL with Essar Steel.

OSPIL, Sibal said, is a separate entity owned by SREI Infrastructure and Essar Steel, and was not part of the original offer to sell Essar Steel. Clubbing it with Essar Steel in the sale would benefit Lakshmi Mittal-run firm, he said.

Sibal argued that acceptance of Rs 39,500 crore as the bid amount by the CoC of Essar Steel is contrary to the undertaking given by ArcelorMittal to the Supreme Court.