Essar Steel, which is undergoing debt resolution process, has posted EBITDA of around Rs 2,000 crore during the insolvency period and the amount could be utilised by financial creditors against their outstanding dues, one of the operational creditors has claimed. 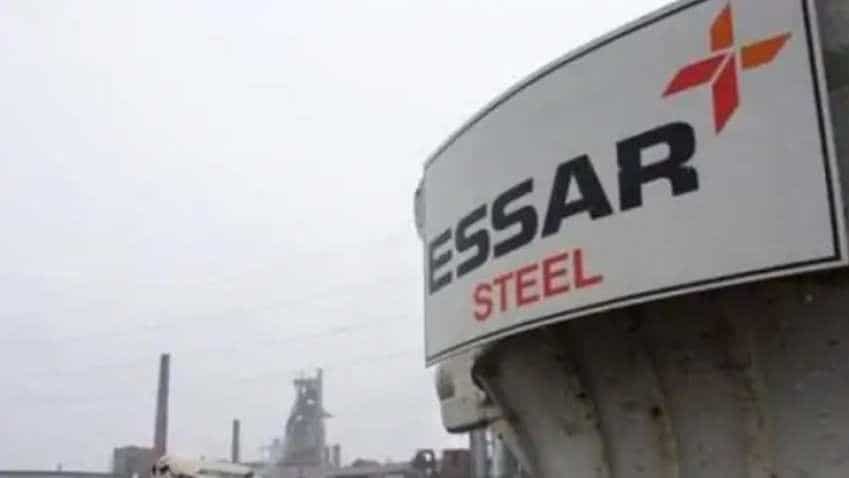 NCLAT in its orders had asked the resolution professional of Essar Steel to call a fresh meeting of the CoC to consider redistribution of funds among the financial and operational creditors. Image source: PTI
Written By: PTI
RELATED NEWS

Essar Steel, which is undergoing debt resolution process, has posted EBITDA of around Rs 2,000 crore during the insolvency period and the amount could be utilised by financial creditors against their outstanding dues, one of the operational creditors has claimed.

In an affidavit before the National Company Law Appellate Tribunal (NCLAT) last week, Arfin India -- an operational creditor of Essar Steel -- has submitted that details pertaining to the debt-laden firm's EBITDA (earnings before interest, tax, depreciation and amortisation) were disclosed by the Committee of Creditors (CoC), comprising mainly financial creditors, in the special leave petition (SLP) filed before the Supreme Court.

The CoC had challenged the orders of the NCLAT of March 18 and March 20 before the Supreme Court by filing an SLP. The NCLAT in its orders had asked the resolution professional of the company to call a fresh meeting of the CoC to consider redistribution of funds among the financial and operational creditors.

Arfin India in its affidavit said, "The said SLP clearly states that the corporate debtor (Essar Steel) during the period of the insolvency has a healthy EBITDA of Rs 2,000 crore." "It is submitted that this particular fact has not been disclosed before this tribunal and the appellant is wary" that the said amount could be utilised for satisfying the claim of the financial creditors, without apportioning any dues towards the amount claimed by the appellant herein, the affidavit said.

Requesting to take the information on record, Arfin India has asked the NCLAT to modify the resolution plan, granting equal treatment to operational and financial creditors. The Ahmedabad bench of National Company Law Tribunal (NCLT) had initiated insolvency proceedings against Essar Steel on June 27, 2017, admitting the lenders' plea.

According to the resolution plan of ArcelorMittal approved by CoC on October 24, 2018, operational creditors having claims below Rs 1 crore will get their dues and those with claims of over Rs 1 crore will receive almost zero. Financial creditors would get an upfront Rs 41,987 crore payment against their admitted claims of Rs 49,395 crore while operational creditors are getting Rs 214 crore against their dues of Rs 4,976 crore.

Later, the CoC decided to allocate an additional Rs 1,000 crore to operational creditors after the NCLT and the NCLAT suggested it to rework on the distribution of funds. During the last hearing of the appellate tribunal, a bench headed by Chairman Justice S J Mukhopadhaya had observed that CoC cannot discriminate between operational creditors.

"They have not come with begging bowls. They have rights," the bench had said. During the proceedings, CoC had said that it had paid around Rs 55,000 crore to the operational creditors, NCLAT Chairman had said that it could not merge that amount with their claims as it was money paid after the company went for resolution process.

"Rs 55,000 crore which was given to them during the moratorium period, you can not look on that. These are two compartments, " the bench had said. The NCLAT has posted the matter on May 13, 2019 for next hearing. Meanwhile, the Supreme Court has also stayed the disbursement of the funds to the creditors on April 12 directing parties to maintain status quo.