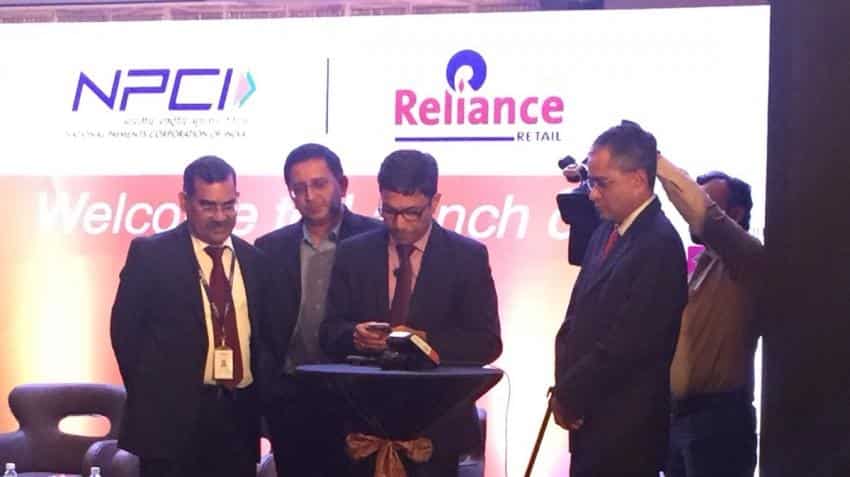 1. The app will allow individual cashiers in multi-lane retail to get UPI payment confirmation charge slip directly on their POS terminal

2. Customers can use the app for making their in-store purchases - including NPCI's BHIM or any other bank promoted UPI-app

3. Reliance Retail will gradually expand its UPI Payments facility to stores across other parts of the country

Reliance Retail is a subsidiary of Mukesh Ambani-owned Reliance Industries and was founded in 2006 while NPCI is an umbrella organisation for all retail payments system in India.

The company will gradually expand its UPI Payments facility to Reliance Retail stores across other parts of the country.

The company's in-store UPI Payment is enabled through an innovative Dynamic QR-code interface architected by Innoviti, which runs off merchant's existing POS terminal.

Customers can use any UPI-based app for making their in-store purchases - including NPCI's BHIM or any other Bank promoted UPI-app, Reliance Retail said.

Commenting on its partnership with Reliance Retail, NPCI managing director and chief executive officer A P Hota, said in a statement, “As part of NPCI’s overall mission to encourage faster adoption of cashless payments in retail, the current rollout opens the path to extending  UPI payment acceptance to potentially all the card accepting merchants in India.With the fast growing popularity of UPI-payment apps like NPCI’s BHIM app which has seen close to 20 million downloads, this initiative will increase UPI Payment acceptance points in retail stores. It is expected to play a vital role in driving a more cashless future.”

Other than partnering with NPCI, Reliance Retail has tied-up with Innoviti Payment Solutions and Axis Bank to launch UPI Payments app in its stores.

“Through this partnership with Reliance Retail and Innoviti and with great support from NPCI, Axis Bank is excited to enable in-store digital payments for millions of users of UPI apps like BHIM and Axis Pay. With the ability to make payments from any bank account instantly and securely, UPI is all set to drive the growth in digital transactions," Axis Bank executive director Rajiv Anand, said in a statement.

"Debit card is more like a substitute to cash. UPI is a master stroke in payments," NPCI tweeted Axis Bank executive director Rajiv Anand, as saying.

"Debit card is more like a substitute to cash. UPI is a master stroke in payments." - @rajivanand, MF CEO, @AxisBank at launch of #UPIatPOS pic.twitter.com/R9aPYBlV8N

ALSO READ: How Reliance Jio bundled the telecom sector into 'one plan'