Pricing paradigm of the telecom industry has changed and one of the major reasons for this change was the entry of Reliance Jio. 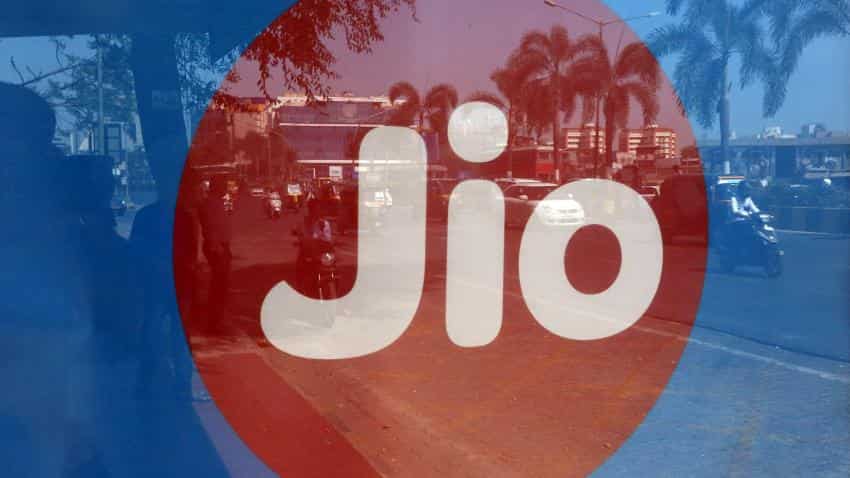 With the entry of Reliance Jio (RJio) and its bundled plans of free voice calling and only 4G data charges, the death of these traditional data and voice plans stands accelerated. Image Source: Reuters
RELATED NEWS

Till at least two years ago, a pre-paid or a post-paid customer of a telecom company would choose separate billing plans for data and voice.

However, with data gaining more traction and revenues from voice and text messages on the decline, telecom companies started bundling the two as one in order to maintain their profits and ARPUs (Average Revenue Per User).

With the entry of Reliance Jio (RJio) and its bundled plans of free voice calling and only 4G data charges, the death of these traditional data and voice plans stands accelerated.

“Jio’s entry is a major reason for telecoms’ shift in the pricing paradigm’s focus to data instead of voice; however this can also be attributed to increase in penetration of 3G and 4G services,” said Gaurav Dixit, Care Ratings’ telecom analyst.

In a webinar conducted by ICRA,  telecom sector head, Harsh Jagnani, too said that voice and data metrics telecom companies have moved to bundled data metrics. 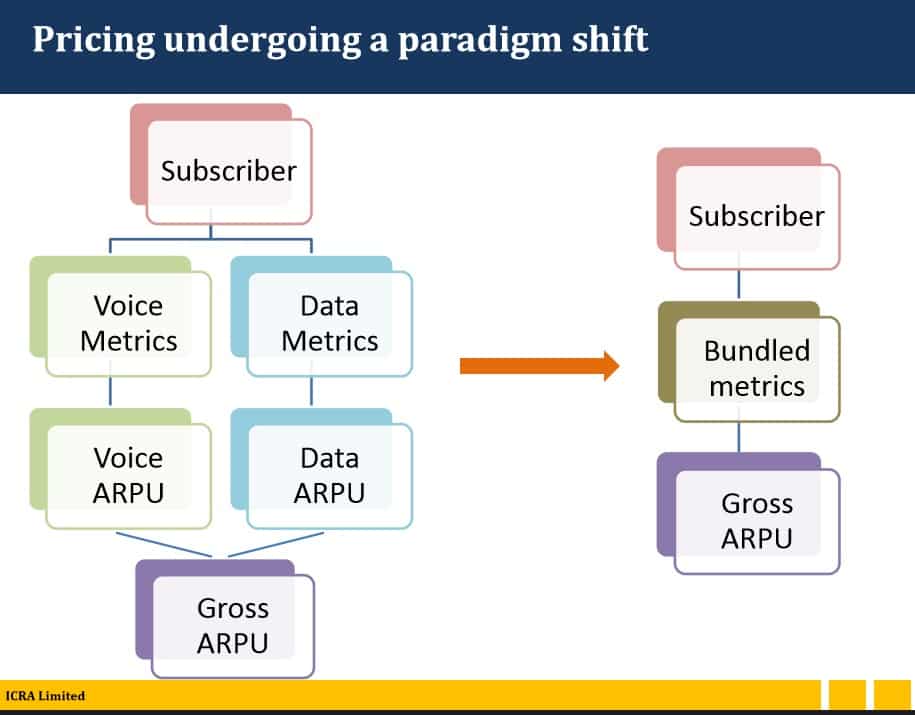 In Q3 FY17, data ARPUs of the companies started to converge and slowly decline with Airtel’s ARPU at Rs 175, Reliance Communication at Rs 158 and Idea at Rs 111, ICRA report showed. 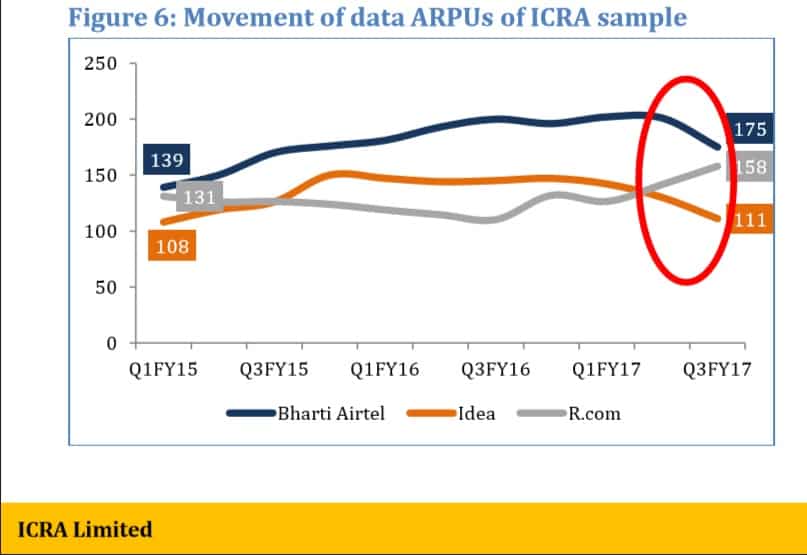 Care Ratings’ Dixit to comment he said, “The rise of 3G and 4G services have increased consumption of data by subscribers. Data is where the revenue is going ahead.”

Revenue for voice calling in the telecoms in Q1 FY15 were far spaced with Reliance Communications ARPU at Rs 103, Idea ARPU at Rs 149 and Airtel ARPU at Rs 166.

These ARPUs have converged in Q3FY17 as RCom was at Rs 94, Idea was at Rs 114 and Airtel was at Rs 123, which were a consequence of Jio making voice calls free. 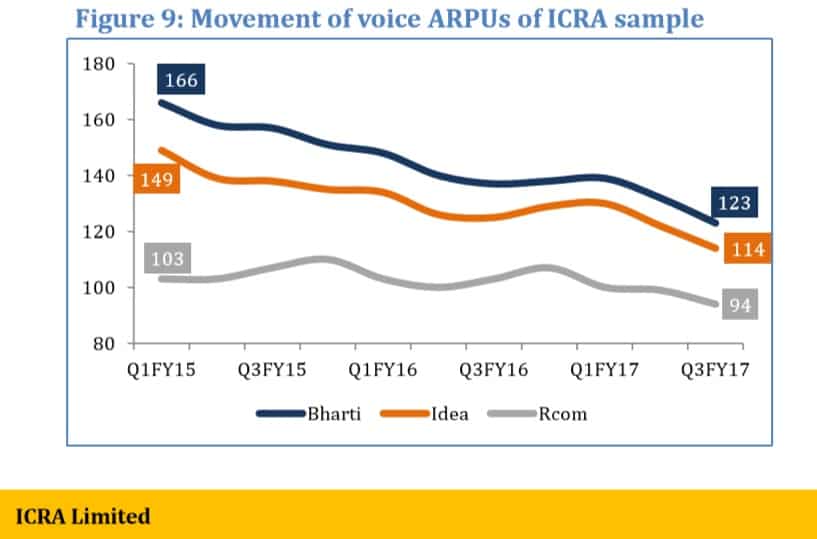 With the entry of RJio last September, plans that were in the pipeline for nearly seven years got accelerated to the near point of completion.

“The profitability of the operators has been under severe stress after the price war which started after the 2010 spectrum auctions. Since then few smaller operators have also made exit from the India market. The other operators have also been in discussions for mergers for a long time and what we are seeing now is the culmination of the efforts which have been going on for the past few years. The entry of Reliance Jio has only accelerated the consolidation process,” Dixit told Zeebiz.

Few years ago, there were 10 players in the market inclusive of Sistema, Telenor and Videocon that have exited or will soon fold into bigger players, the market will soon consolidate to just five major players.

Industry experts said that price wars on account of RJio and thinning profit margins have caused major consolidation in this sector.

However the pricing strategy of the telecoms have entered a new direction which will see further modification in the future.

Dixit said, “Going ahead, the industry will try to increase its ARPUs on the back of increased data consumption.  Right now most of the operators are offering unlimited data and voice in price bracket of around Rs 300-400. I would say that we can expect various combinations of higher data and voice offers which is similar to what is the current situation and this pattern will continue in the future as well.”

Margins for telecoms will continue to be under pressure, experts from ICRA said while maintaining a ‘Negative’ outlook on the sector, which has been the case for the past few quarters.

“One certainty for the industry is elevated debt level (Rs. 4,10,000  crore as on Mar-2016) which are expected to remain high for some time. Debt/EBITDA estimated at over 5.6 times,” ICRA said.