PSA Group will tie-up with CK Birla Group to set up a manufacturing plant in Chennai. 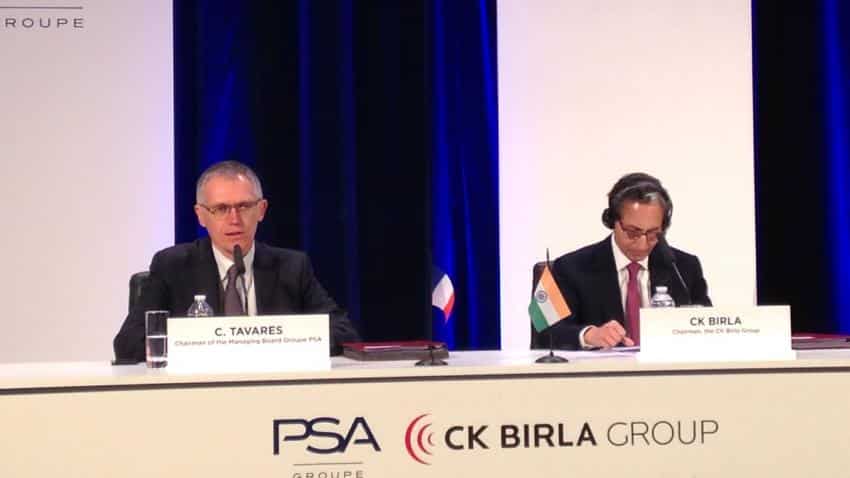 "I am delighted to announce this partbership with the @CKBirlaGroup. A meaningful presence in #India is part of our #PushToPass plan." - CT pic.twitter.com/Dpwm0gWYDh

The company said that it has agreed to put in an initial investment of 100 million Euros (about $107 million) for vehicle and powertrain manufacturing in Chennai, Tamil Nadu.

"The initial #manufacturing capacity of the sites based in Tamil Nadu will be set to about 100 000 vehicles per year." - CT #India pic.twitter.com/h1tt3viRA3

PSA Group which has brands such as Citroen, Peugeot and DS Automobile will put in the money to set up a production plant with a initial manufacturing capacity of 100,000 vehicles annually.

The company said in the statement that PSA will hold majority stake in the JV unit for assembling and distributing PSA passenger cars. PSA will also hold 50% in unit for making and supplying powertrains.

The PSA Group-CK Birla JV will be operational in India by 2020 and will sell vehicles and components in India.

"This partnership will allow PSA Group to bring state of the art, #ecofriendly and safe new products to the Indian customers." - CT #India pic.twitter.com/85E0Pou6IK

The French carmaker will make cars in India amid efforts to reduce its European focus.

PSA CEO Carlos Tavares said that it is still discussing which brand to sell in India.