Toshiba will announce earnings for the April-December period on Tuesday, along with a full-year outlook. The company is also expected to explain the cause of the losses, measures to avoid similar events and plans to rebuild its nuclear business. 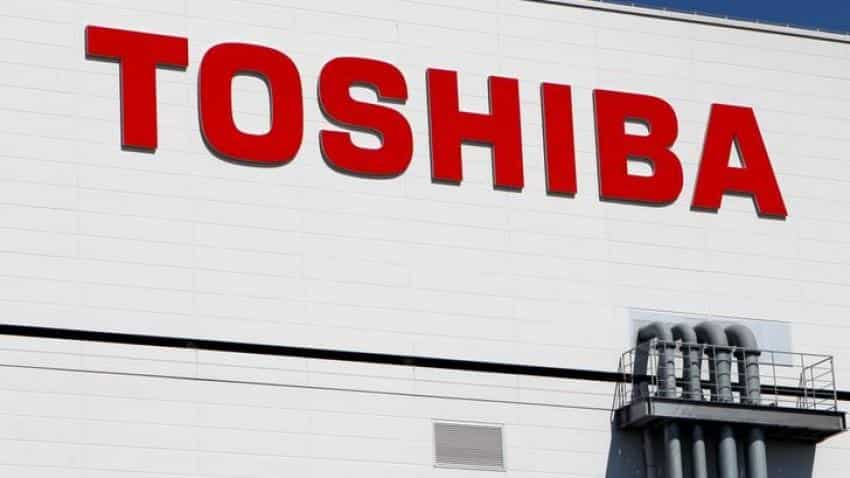 The logo of Toshiba is pictured on its flash memory factory, seen during a media tour in Yokkaichi. Photo: Reuters

Japanese conglomerate Toshiba Corp probably suffered a group net loss of about 400 billion yen ($3.52 billion) in the nine months through December, the Nikkei reported on Sunday.

The loss is largely due to a goodwill impairment of around 600 billion yen on a U.S. nuclear unit that came to light in late 2016.

The company hopes to keep the amount it owes from exceeding the value of its assets for the full year through March by selling part of its chip operations and taking other measures.

Toshiba will announce earnings for the April-December period on Tuesday, along with a full-year outlook. The company is also expected to explain the cause of the losses, measures to avoid similar events and plans to rebuild its nuclear business.

The loss comes from the write-down of goodwill of CB&I Stone & Webster, a U.S.-based nuclear plant builder Toshiba acquired through U.S. subsidiary Westinghouse Electric in late 2015.

Dwindling global demand for nuclear power and poor project management have pushed up labor and materials costs at the company to levels far exceeding initial estimates.

In addition, it turns out that Toshiba overestimated the value of the company`s projects at the time of acquisition.

As a result, Toshiba decided to write down the premium it paid for the company, the difference between the acquisition price and Stone & Webster`s net assets, and book it as a group loss for Toshiba`s nuclear operations.

Toshiba, which is trying to hasten the process of spinning off its semiconductor business, plans to seek approval at an extraordinary meeting of shareholders to sell some of the new venture`s shares to boost its capital.

By the first deadline in early February, five groups, including a major foreign chipmaker and a fund, had expressed interest in buying the shares.

By September, Toshiba had 360 billion yen in capital. For the full year, a weak yen is likely to boost the value of its foreign currency-denominated assets.

Profit from brisk chip operations will help boost its capital. Toshiba also plans to sell shares in some listed subsidiaries.

Toshiba is seen considering another goodwill write-down for Landis+Gyr, the world`s leading electric meter maker, which it acquired in 2011.

In this scenario, Toshiba would devalue the company`s premium, which was at 143.2 billion yen at the end of September, in the current fiscal year. Whether Toshiba writes off the entire value or part remains undecided.

Toshiba had expected Landis, a Swiss company, to become a growth engine for its smart grid and smart community thrust, but its hopes have not materialised.