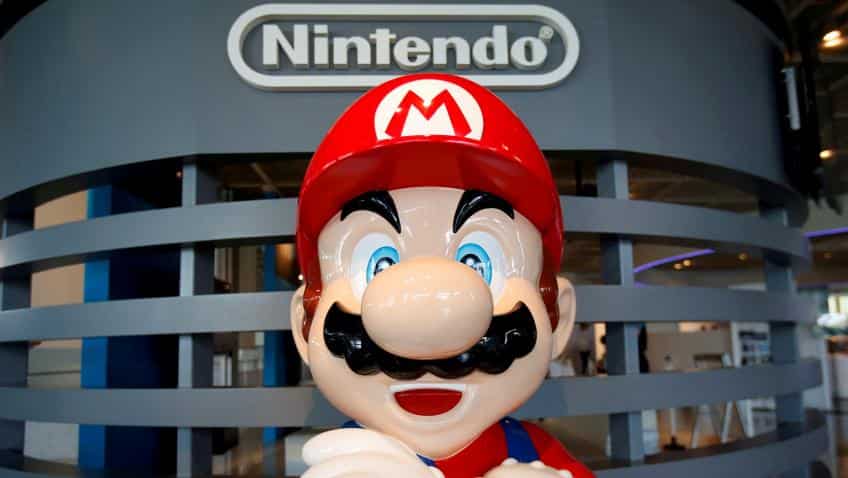 A lot is riding for the Japanese company on Super Mario Run, which is being released in 151 countries and regions on Thursday U.S. Pacific Time for Apple Inc`s iPhone. Image Source: Reuters
Written By: Reuters
RELATED NEWS

Nintendo will make a big push into mobile gaming on Thursday with the launch of the popular Super Mario Bros franchise on the iPhone, a risky bet because users will need to pay upfront, at a time when the gaming market is getting crowded.

A lot is riding for the Japanese company on Super Mario Run, which is being released in 151 countries and regions on Thursday U.S. Pacific Time for Apple Inc`s iPhone.

And, unlike smash-hit Pokemon GO, Super Mario Run is the first game for mobile developed by Nintendo, under a partnership with mobile gaming firm DeNA Co, which means it will enjoy the lion`s share of its success or bear the brunt of failure.

While investors are hoping Super Mario Run will be a hit for Nintendo, its decision to charge $9.99 for full access to the game may limit revenues and put its fate at the mercy of loyal Nintendo console-game fans.

"It is an interesting decision," Andrew Chanin, CEO of PureFunds, a New York-based provider of thematic exchange-traded funds, said of Nintendo`s pricing plan. "Players will know what they`re getting themselves into when they download the game."

The Mario game is free to download but the free-to-play section is limited to low-level stages. Players control Mario through a series of obstacle courses while collecting coins along the way. At higher levels, players can compete with other players` scores and create their own "kingdom".

"That makes reviews by the hard core fans of the Super Mario series... important, as they will be behind the general opinion on the game that should take shape fairly soon after its release," Takao Suzuki, a Daiwa Securities analyst, said in a note this week.

App analytics firm SensorTower forecasts worldwide gross revenue of over $71 million for Super Mario Run in its first month, just half of the $143 million that Pokemon GO garnered.

Nintendo has said the game will also be launched on Android but has not said when. It declined to comment for this article.

Pokemon GO, which has been downloaded over 600 million times since July, is based on Nintendo`s famous monster characters and was developed jointly by Google spinoff Niantic Co and Nintendo affiliate Pokemon Company.

Super Mario Run`s launch also comes when lower barriers to market entry have resulted in hundreds of thousands of games being available on mobile app stores, making it harder for game developers to enjoy fat profits.

And in some key markets such as Japan, there already are signs of saturation. Even though games research firm Newzoo predicts the mobile gaming segment worldwide will grow to $52.5 billion in 2019 from $36.9 billion in 2016, many analysts forecast flat market growth for Japan.

"Some mobile games developers have emerged as clear winners and it`s increasingly difficult for others to squeeze into the top ranks," said Tomoaki Kawasaki, an analyst at Iwai Cosmo Securities.

But he noted that Nintendo`s high profile characters could be exceptions due to their strong public appeal. "Nintendo`s full-fledged entry into mobile gaming is a huge threat to existing players."

Proving the power of popular characters, Sony Corp <6758.T>, which like Nintendo has been a late adopter of mobile gaming, has scored major success in Japan by transferring its popular animation content to mobile, pushing one title - Fate/Grand Order - above Pokemon GO in app revenue rankings.

The electronics company`s gaming unit also said last week that it would release as many as six mobile games in the next business year.

Kenji Ono, a 45-year-old gaming journalist in Tokyo, said he wants to buy and try out Super Mario Run, but was skeptical about how successful it will be. "I think it will be a success, but not to the extent that Pokemon GO was," Ono said.