Value of top Indian brands increased 15% in 2017, ahead of the global average of 11%. Brand Finance List features some surprises in its 2017 brand evaluation that puts Tata's brand on top and IT services that performed well despite of backlash of of H1-B visa fiasco and job cuts. 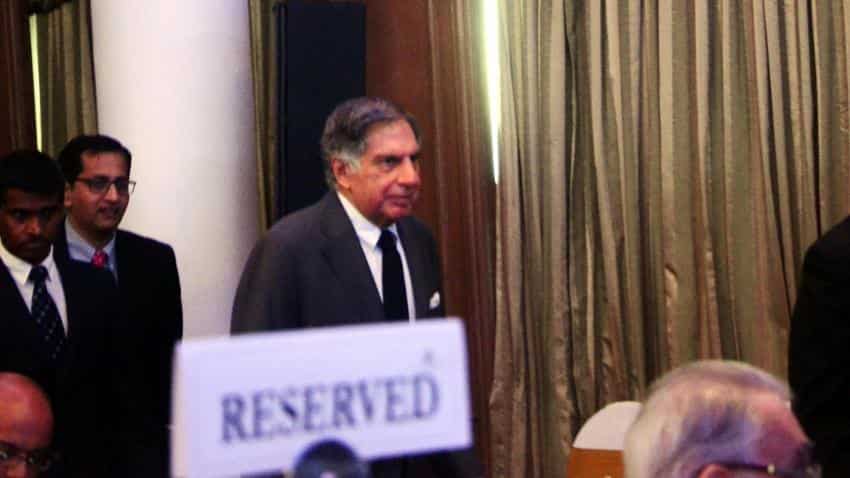 Tata's board room battle did not impact its brand which was at the top of Brand Finance List 2017. Photo of Chairman emeritus, Ratan Tata at a press conference. Image Source: IANS
Written By: ZeeBiz WebTeam
RELATED NEWS

Tata Group continues to remain India's most valued brand even after its value fell from $13.7 billion to $13.1 this year, valuation and strategy consultancy Brand Finance said.

Brand Finance said, "There has already been intense speculation as to whether brand value has fallen due to Tata’s board room drama. In Brand Finance’s view this is emphatically not the case.

Brand Finance’s CEO David Haigh said, "The brand value drop of 4% is clearly not positive, however it is a lesser decline than between 2015 and 2016, when brand value fell 11%."

Infosys and HCL Technologies continued to be most valued brands and continued to occupy positions in the top 10.

Infosys and HCL Technologies gained one spot each to stand at number four number nine this year.

All of India’s major IT services brands have grown in value this year, including TCS within the overall Tata portfolio.

"Even as other Indian brands perform strongly, IT services brands are managing to improve their national ranks. Infosys is up from 5th to 4th, HCL from 10th to 9th and Wipro from 12th to 11th," Brand Finance said.

Airtel, which is currently locked in a battle of supremacy with the new operator Reliance Jio, remained at its last year position of second most valued brand in India. Although its value rose to $7.72 billion from $5.7 billion in 2016.

However, the ‘not-so- cheerful’ side of brands were the iconic Taj Hotels brand that fell 14 places to 93rd, value dropping below $300 million and Micromax that lost 39% of its brand value, the report said.

“This year’s fastest falling brand is Micromax. The tech firm has lost 39% of its brand value and nearly fallen out of the top 100, placing 95th. Micromax is struggling to compete following the influx of strong Chinese mobile brands such as Oppo and Vivo into the Indian market in the last couple of years,’ the report added.