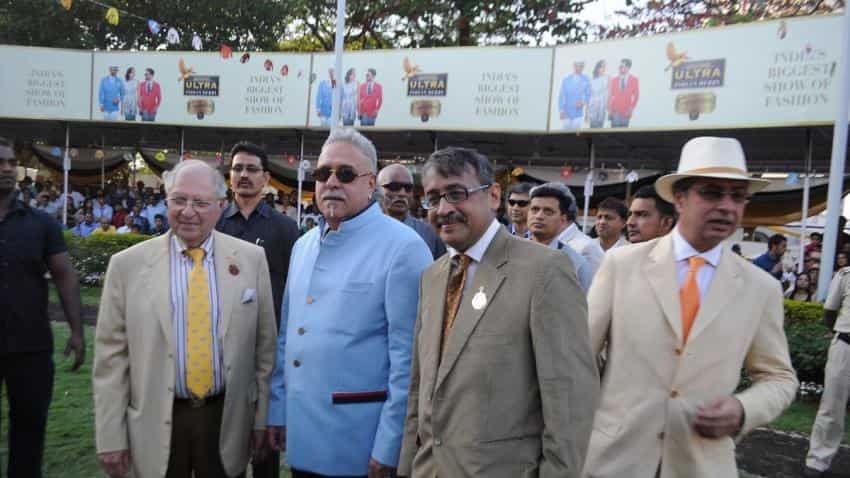 The Karnataka High Court on Thursday summoned beleaguered liquor baron Vijay Mallya to appear before it on November 24 for allegedly violating an undertaking given by him and his companies not to transfer their equity shares in United Breweries to Diageo Plc.

A division bench comprising justices Jayant Patel and Aravind Kumar gave the direction on petitions by a consortium of banks.

The banks have accused Mallya of violating the undertaking given by him and his companies, including Kingfisher Airlines, not to transfer their equity shares in United Breweries Holdings Limited (UBHL) after Debt Recovery Tribunal (DRT) had restrained Standard Chartered Bank, with which the shares had been pledged, from handing over the same to Diageo Plc.

The DRT, in its order last year, had restrained Standard Chartered Bank from transferring to Diageo Plc or anyone else, the equity shares of United Breweries Holding Limited (UBHL) pledged by Mallya and his son Siddharth Mallya with the bank.

In their pleas, the banks alleged that despite the earlier order by DRT, Standard Chartered Bank was in the process of transferring to Diageo Plc the equity shares.

Diageo Plc, the world's largest spirits maker, which acquired control of United Spirits Ltd (USL) in 2012, had issued a guarantee to Standard Chartered Bank for a $135 million (around Rs 877 crore) loan to Watson Limited, a firm affiliated to Mallya, to release certain UBHL shares that were to be acquired as part of the deal.

The company, in a statement earlier, had said the risk had arisen due to default by Watson in May and DRT preventing sale or any other transfer of such UBHL shares in June as part of the enforcement process pending further orders following the petition by bankers.

The banks had also said that the very pledging of the shares by Mallya was illegal.

Mallya, whose now-defunct group company Kingfisher Airlines owes over Rs 9,000 crore to 17 banks, had left the country on March 2 and is in the United Kingdom (UK).

He has been declared a proclaimed offender by a special Prevention of Money Laundering Act (PMLA) court in Mumbai on a plea by the Enforcement Directorate (ED) in connection with its money laundering probe against him in the alleged bank loan default case.