Reliance Jio is carrying out trials of its soon to be launched broadband service JioFibre in select areas of Mumbai Delhi-NCR, Ahmedabad, Jamnagar, Surat and Vadodara. 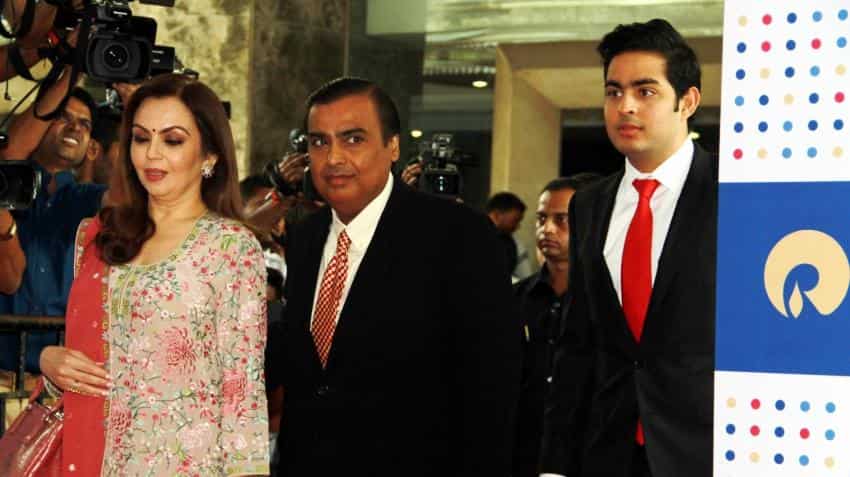 The news report said the company has been teasing the service, but has not revealed many details of JioFiber broadband yet. Image Source: IANS
Written By: ZeeBiz WebTeam
RELATED NEWS

1. RIL's chairman Mukesh Ambani had announced to roll out broadband service during launch of the Jio service in September last year and during announcing Q4 results in    April this year

3. The company is in the process of launching JioFiber services to other cities too

Reliance Industries Ltd (RIL) chairman Mukesh Ambani had announced the company's plan to roll out Fiber-to-the-Home (FTTH) service when his company had officially launched the Jio service in September last year and during the announcement of the fourth quarter (Q4) results in April this year.

The report said the company has been teasing the service, but has not revealed many details of JioFiber broadband yet.

Therefore, the latest development comes as a surprise when the Reliance Jio customer care team officially revealed the names of the cities in which JioFiber trials are being run, it further said.

According to Reliance Jio customer care team's reply to one Twitter user, the company has presently launched the JioFiber preview offer in select areas of Mumbai, Delhi-NCR, Ahmedabad, Jamnagar, Surat and Vadodara.

The Reliance Jio's customer care team in its tweet further said  that the company is in the process of launching JioFiber services to other cities too.

@baba420si Thanks for your interest. JioFiber Preview offer has currently being launched in select areas of Mumbai,(1/2)

@baba420si Delhi-NCR, Ahmedabad, Jamnagar, Surat & Vadodara. Our network is in the process of being rolled out to other cities - Delna(2/2)

According to the news report, a Twitter user in September had said the preview offer is available in Pune as well.

Several users who have had early access to the JioFiber Preview Offer have tweeted about the service in the past.

One such user in Mumbai had reported in January speeds between 70Mbps and 100Mbps on the 1Gbps connection.

However, in Pune, speeds of up to 743.28Mbps were recorded - implying a 1Gbps connection.

For availing JioFiber service which is said to be free for the first 90 days, users will have to pay a one-time, refundable sum of Rs. 4,000-4,500 for the JioFiber router, the report said.