While the overall job market fell by 11% in terms of new jobs, the IT industry reeling under H-1B visa issues sees 24% fall in hiring in April. 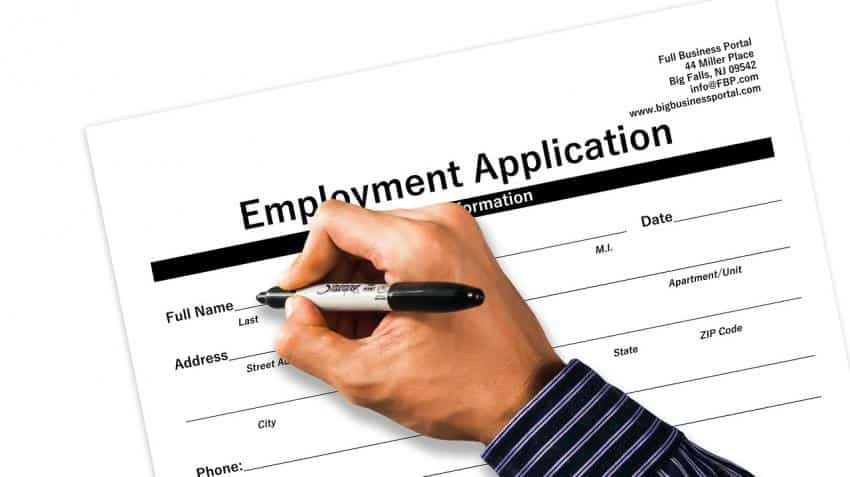 A person filling out a job application form. Photo: Pixabay

With top IT firms laying off professionals, the IT-software industry was hit the most with a 24% fall in hiring in April this year as compared to April 2016, according to a survey by job site Naukri.com.

"The overall job market saw an 11% fall in new jobs, with IT-software industry most hit. IT-Software industry was hit the most with a 24% decline in hiring in April as compared to April 2016," the Naukri Job Speak Index said.

Hiring activity saw a fall in telecom, BPO, insurance and construction sectors during April as compared to April 2016.

Key industries like construction and BPO/ITES saw a 10% and 12% fall, respectively, while banking saw a 11% increase in hiring during April 2017 as compared to April 2016, it said.

Commenting on the report, V. Suresh, Chief Sales Officer, Naukri.com said: "As predicted earlier, job market continues to be volatile and the Jobspeak index in April has shown a negative growth of 11% (YOY)."

"Though major negative impact seems to be in sectors like IT/BPO/telecom/insurance and construction, there seems to be an air of caution across all sectors and this volatility is likely to continue for a few more months before the markets could move north again."

Six out of the eight metro cities tracked saw a decrease in hiring activity in April.

ALSO READ: Junior-level IT jobs in India are disappearing at a fast clip

The maximum number of new jobs (3% month-on-month) were created in the 0-3 years' category.

Senior management hiring fell, with jobs for 13-16 years of experience witnessing a fall of 2% when compared with March, 2017.

While hiring in junior management remained buoyant, mid-management hiring (8-12 years of experience) witnessed a decrease of 3 % during April.