According to experts from recruitment agencies, the demand for Indian IT professionals is predicted to grow in future despite hit in business from the USA, change in US immigration policies and automation, among others. 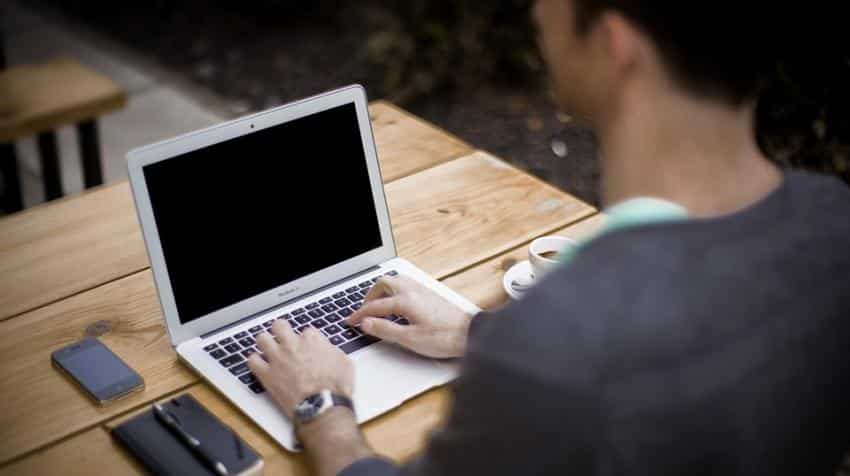 According to Ballurkar, the demand for IT professionals will also grow due to constant technological disruption. Representational Image. Image Source: Pixabay
Written By: Tejal Yerunkar
RELATED NEWS

1. High possibility of transfer of jobs from the US to India due to change in US immigration policies

2. By 2021, four out of every 10 jobs globally would be lost because of automation

Demand for Indian IT professionals is projected to grow in future despite hit in IT business, change in the US immigration policies and automation, say experts.

Recruitment company PeopleStrong believes that the demand for Indian IT professionals will grow in future on account of the government's digital reforms which will lead to rise in hiring.

“Thanks to Indian government digital initiatives, IT project have gone up by 56%, but at the same time IT export from USA are taking a major hit due to policy change. Hence, net outcome in hiring increase will be 5-10%,” PeopleStrong vice president and head-recruitment business Shailesh Singh, said in an e-mail interview to Zeebiz.com.

"The demand for IT professional is surging forward and is expected to grow in the foreseeable future. As compared to 2016, we have seen a 10% to 12% surge in the IT hiring," Magna Infotech business head Sanju Ballurkar told Zeebiz.

The staffing firm has predicted a high possibility of transfer of jobs from the US to India whereby leading to increase in demand for IT professionals in the country.

“If companies desire to remain competitive then instead of getting employees from India to US (which will be difficult due to new policies), there is a high chance of jobs shifting to India. Recently, we have seen many companies (clients) who are thinking on the same lines. If this trend catches momentum then India will stand to gain further. We will have to wait and see how this shapes up,”  Ballurkar said.

According to Ballurkar, the demand for IT professionals will also grow due to constant technological disruption.

He said, “When we look at Internet of Things (IoT), we have already seen glimpses of it and we expect when IoT hits the ground then the daily circulation on IT in our lives will increase. Here we need to gauge how much of IoT will actually come to India and how much we can address.”

Will automation kill IT jobs?

Experts have projected that there will be loss of jobs in the IT sector in coming years due to automation, shortage of skills to meet new job requirements, among others.

“Automation is cutting down on jobs as it is more effective and cost saving, high transactional jobs will take hit, hiring at base level will go down. It is difficult for IT companies to find right skilled candidate, though the supply is huge but India is still to catch-up on required skilled talent pool,” said Singh.

“We predict that by 2021, four out of every 10 jobs globally would be lost because of automation. And of these, one in every four will be from India. That sums up  to 23% of job loss in India,” Singh added.

Magna Infotech believes that the country needs to focus on up-skilling as quality is a challenge in the IT industry.

“The industry is struggling to meet quality expectation of the new age jobs. Here it is important to understand that there is no shortage of jobs or mandates but the key struggle is the shortage of skills to meet the new jobs requirements,”  Magna Infotech's Ballurkar said.

Outlook on IT hiring

On hiring, experts said that the IT industry in present year has witnessed a growth at junior and middle level hiring, while senior level has witnessed a downward as people management roles have been on decline due to projects more dependent on contributors.

“Hiring in the junior and mid levels has gone up whereas at the senior level the figures have slightly declined. A lot of the factors have contributed to this. If we take a focused look at the industry it is evident that the people management roles in IT have taken a back seat as compared to before. Today, projects are more dependent on contributors. This may have caused the decline at the senior level,” Magna Infotech Ballurkar said.

Teamlease Services believes that the entry-level hiring in the IT sector will  go down.

“Fresher hiring may see a downward trend to shore up utilisation levels. Hiring in skills such as automated testing, DevOps, analytics, Internet of Things (IoT) and other digital technologies will go up,” Thangavelu said.

Echoing similar views, PeopleStrong's Singh, said, “Industry is looking out to hire one to five years experienced candidates more than freshers. Further Hiring for mid and senior level jobs will be upward this year. Big data, machine learning, robotics and other automation initiatives will produce more jobs in IT industry. Transitional jobs will take a hit due to automation.”