Responding to a query on cyber security, Prasad said the government is concerned about it and is doing its bit to deal with the threat. 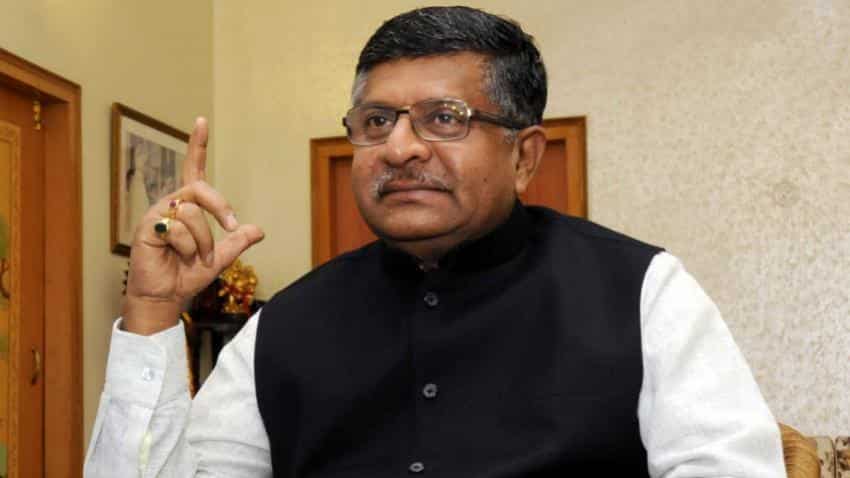 On cyber pornography, he said this is a "ticklish" issue and the government is firm on banning it. Photo: IANS
Written By: PTI
RELATED NEWS

Union IT minister Ravi Shankar Prasad on Friday said Indian infotech companies are not stealing American jobs but are in fact creating employment avenues in the world's largest economy.

Prasad's assertion came in the backdrop of proposed changes in the US policies around outsourcing and movement of skilled workers under the new administration.

"The domestic IT companies are present in 200 cities in 80 countries, including the US. In the US, our IT companies have given $20 billion in taxes last year. They have given jobs to 4,00,000 people there and have made value addition.

"Our IT companies are an asset for the US. The American administration should know that our companies don't steal their jobs but they are creating jobs. We have conveyed our concern to the highest US authorities," Prasad told the India Today Conclave here.

President Donald Trump's 'Buy American-hire American' rallying cry has put the $150-billion Indian IT industry, which draws more than 65 per cent of their revenues from that US alone, on the edge.

The IT industry has raised concerns over the proposed overhaul of the popular H-1B visa regime by Trump, as any curtailment in visas would result in higher operational costs and shortage of skilled workers.

The industry is also worried as Trump wants BPOs in America to more than double the salaries to USD 1.35 lakh per annum which would bump up operational cost for them.

Noting that the government objective is to make India the electronic hub of the world, Prasad said Rs 1.27 trillion worth of investments have come into electronic manufacturing in the country, much more than the Rs 11,000 crore during the UPA regime.

Responding to a query on cyber security, Prasad said the government is concerned about it and is doing its bit to deal with the threat.

"We are keeping an eye on this. We are very much on the job. But, if an accident takes place on a highway, you cannot stop travelling through that. Same is the case with cyber technology and digitisation," he said, adding digital industry is soon going to be worth $1 trillion.

On cyber pornography, he said this is a "ticklish" issue and the government is firm on banning it.