The duty increase that you are referring about on CCTV and Air Conditioners then it is in the same direction. I feel, these steps will give a boost to the Make in India and also help to Indian industry, Atul B Lall, Dixon Technologies. 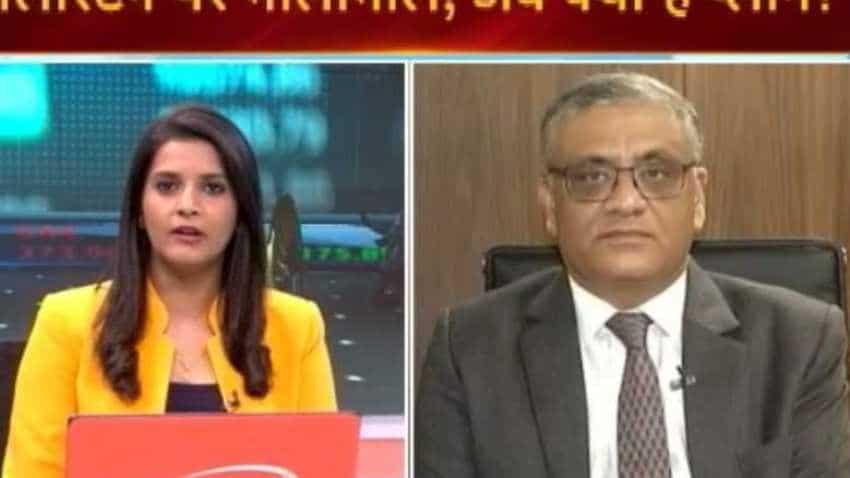 Mobile is a big segment and industry with a turnover of more than Rs1 lakh cr. The govt and the industry, both, have taken initiatives under which most of the mobiles being used in India will be manufactured within the country. Image source: Zee Business
Written By: ZeeBiz WebTeam
Edited By: Manas Tiwari
RELATED NEWS

The incumbent government has tried its best to promote Make in India in both of tenures, previous and present, and duty on CCTV and ACs are in line to it, says Atul B Lall, Managing Director, Dixon Technologies India. In an interview with Pooja Tripathi, Zee Business, Mr Lall said the government should look into import tariffs from FTA countries, which is zero, as it is creating an inverted duty structure for local manufacturers. Edited Excerpts:

What is your outlook on the year’s budget, which seeks to give a boost to the domestic manufacturing sector and how it will impact the sector?

This government has tried its best to promote Make in India in the previous stint as well as in this one. The duty increase that you are referring about on CCTV and Air Conditioners then it is in the same direction. I feel, these steps will give a boost to the Make in India and also help to Indian industry.

Let us know the steps that will be taken to promote Padget Electronics, which was acquired by your company in the recent past? Also, update us on the expected revenue growth in the mobile segment and order from mobile customers like Karbonn and Gionee?

Mobile is a big segment and industry with a turnover of more than Rs1 lakh crore. The government and the industry, both, have taken initiatives under which most of the mobiles being used in India will be manufactured within the country. The step-by-step manufacturing program will increase the depth of manufacturing of mobile and smartphones in India.

Mobile and smartphone segment is an important segment for Dixon, however, we have not been able to grow amply in the segment, but we have tied with a very big brand – can’t name it now – and we are establishing a new facility in Noida with a capacity of manufacturing 1.50-2 million phones per month. This capacity will start producing from next quarter. So, I feel customer acquisition for Dixon will continue to increase and it is going to be an important vertical in our complete product portfolio.

Suggest the steps that the government must take to have a check on the concerns that are created through import from the Free Trade Agreement (FTA) countries?

Yes, you are true that the free trade agreements like Indo-Thailand agreement and Indo-ASEAN agreement have had an impact on the electronics industry. The import tariff from these FTA countries has been reduced to zero but the input duty for normal electronics manufacturer is more, which is creating an inverted duty structure. In the case of India, the electronic products being manufactured in India is costlier than the products that are imported from these FTA nations.

Thus, the government should correct this problem. As I have talked earlier about the open cell on LED television was related to the same that inverted duty structure is there in India and this is forcing many multinationals to shut down their production facilities in India and moveout. So, the government should rectify it as soon as possible as this will help in creating a competitive industry in India as well as job creation and if it doesn’t happen then it will have a serious negative impact on the industry.

What is your outlook on the penetration of Washing Machines in India and tell us about the kind of opportunities that you see in the segment?

You are correct that washing machine penetration in India stands between 13-15% and when it is compared with any developed country or China then it is too small. The vertical has the potential for huge growth. This growth can happen with (i) Increase per capita income: There is a quantum jump in consumer durable sales - in any country - when the per capita income touches the mark of $3000 and the same will happen in India. (ii) Power Connectivity: Power situation has improved a lot from the past and today it is available in semi-urban areas and rural areas. This will also give a significant flip to the demand for washing machine.

You were right that Dixon is positioned at the top (number 1) in the outsourcing industry. We have established a facility with the highest capacity in the semi-automatic category in Dehradun and today we have a capacity of producing more than 1 million semi-automatic machines.

Update us about the expansion plans of the company and the segment/category where it will focus on?

Electronics manufacturing is our core and electronic is a common thread in almost every product category where Dixon is present. So, every product category of Dixon is a high-growth category because consumer durables demand will increase in India shortly. Secondly, several brands are focusing on outsourcing and Dixon stands at a leadership position in the segment. But in every category, like in case of washing machine we have platforms from 6-9 kilograms and 120 models. We will be launching nearly 12-13 models in the top-loaded fully-automatic segment.

In the case of lighting, we have more than 10000 models with a power range of up to 50 watts and this portfolio will be expanded. Under the further expansion plans, we will be developing batons and tube lights and create a category for it. Then, our focus will shift towards street lights, next year.