Trump, during a discussion with members of the Congress over steel industry, early this week threatened to increase the tariff on import of Indian motorcycles to the US. 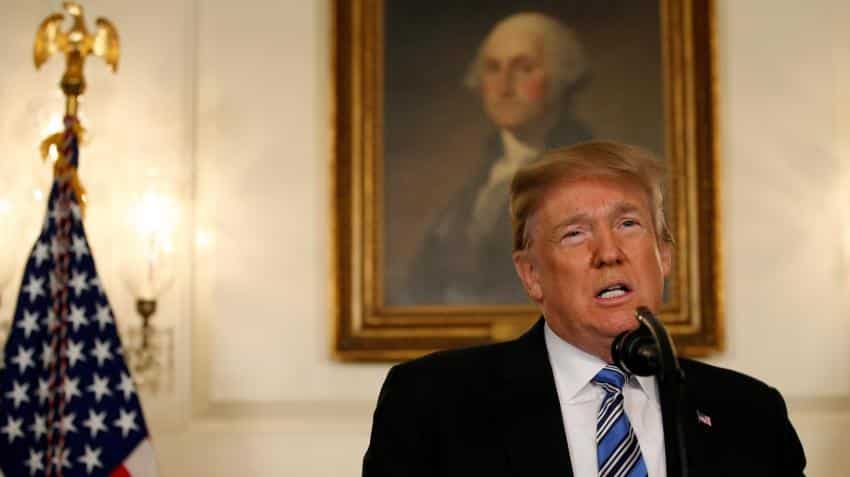 The remarks were made by State Department spokesperson while responding to a question on Trump's recent statements with regard to high import tariffs on motorcycles to India.

"It is important that India make greater efforts to lower tariff and non-tariff barriers, which will lower prices to consumers, promote the development of value chains in India, and contribute to India's objective to become a global competitor across a variety of sectors," a State Department spokesperson said.

"The President seeks to promote fair and reciprocal trade with all our trading partners, including India," the official said.

"We will continue to work to resolve the issues that are preventing the US-India economic relationship from reaching its full potential," the State Department spokesperson said in response to a question.

Trump, during a discussion with members of the Congress over steel industry, early this week threatened to increase the tariff on import of Indian motorcycles to the US.

He said the recent decision of the Indian government to reduce the tariff from 75 per cent to 50 per cent was not enough and asked that it should be reciprocal, as the US imposes "zero tax" on the import of motorcycles.

The Washington Post, however, disputed Trump's version of Harley-Davidson issue.

"Most of the 4,500 Harley-Davidsons sold in India each year are actually assembled in India, which means the buyer can avoid the pricey tariffs," the daily reported.

And contrary to Trump's assertion, The Washington Post said the number of motorcycles imported from India into the United States is minimal.

"Motorcycles" don't even merit a mention in the Indian Ministry of Commerce and Industry's most recent data on exports to the United States, the daily said.