Google launched Tez mobile payment app today but from feedback from the first time users and testing it ouselves, its seems be filled with bugs. 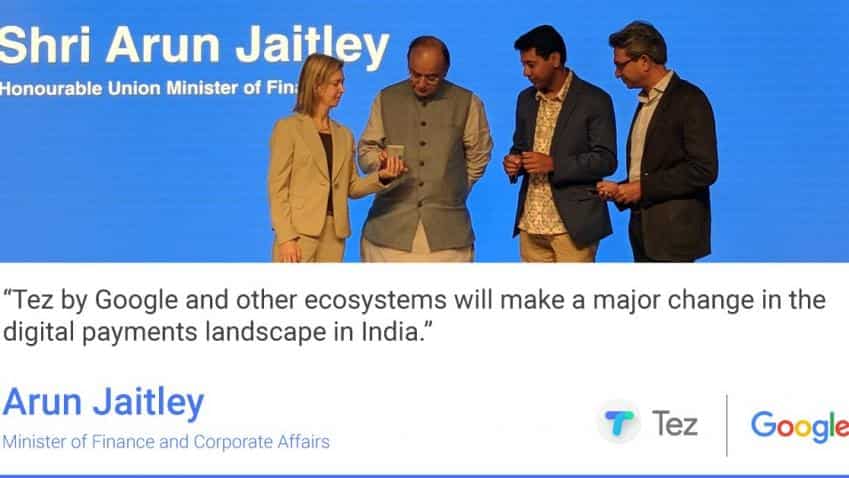 Google is known for the quality of the products it launches and most have gone on to become huge successes, from its search engine, to Android, Gmail, YouTube, among others. However, its mobile payment app Tez is not one among them. The verdict is in and Google Tez which launched in India today has seen several users complain about bugs in the app.

Google Tez has managed to get a rating of only 3.4 stars from 1,205 reviews on Google Play store. While some generously gave the Tez app 3 starts, the however did mention many problems they faced in using it. 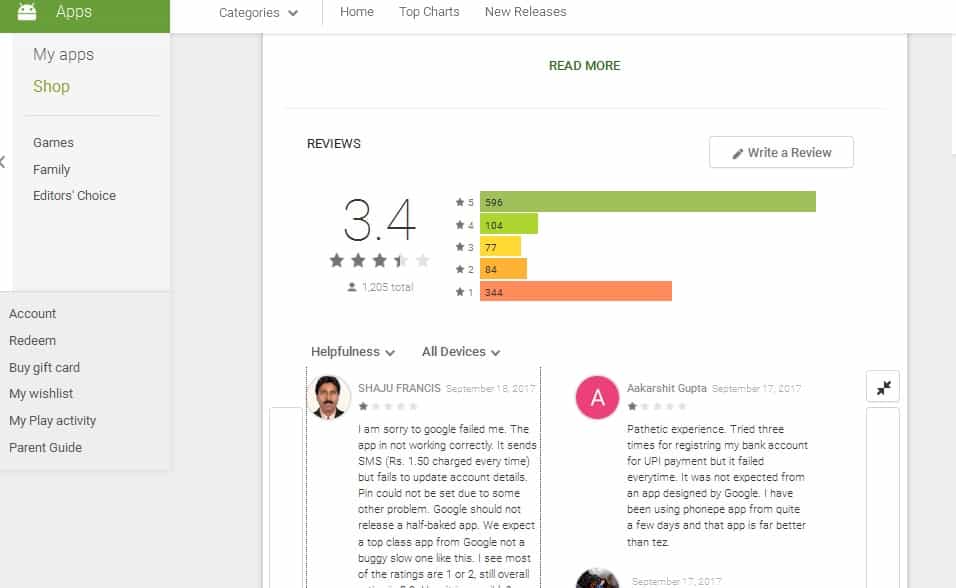 Zeebiz team too tried out the app and besides being slow we had to several times before being able to make a transaction. I was not even able to sync the bank account with it as it crashed several times.

Many of the users comments compared Tez app with other UPI apps such as BHIM or PhonePe. Some even said that even the BHIM app is better than Tez.

While many said the user interface was good, the also mentioned the same problem their bank accounts could not synced as it crashed. Others said that they had to try numerous times or even had to wait for over 5 minutes before a transaction was made. 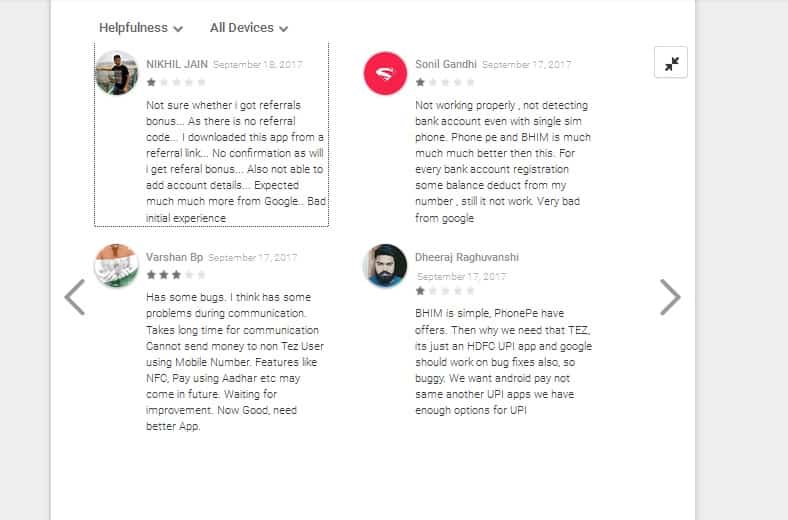 Google was trying hard to pacify the angry was time users by responding that they are extremely sorry they are experiencing the trouble and that as their official launch was at noon there was more to come shortly as their engines get revved up.

However, this would not be enough from the top tech giant in the world as many first time users were very disappointed.

Whatever you are spending on, make simple, secure payments straight from your bank account. #GoogleTez. Download - https://t.co/ND0fqihVzG pic.twitter.com/zUAyIDPcvU

An explanation for the bugs in Google Tez is that probably seemed to be in a hurry to launch the app before WhatsApp. Facebook-owned WhatsApp had announced much earlier that it was working with UPI to launch peer-to-peer transactions on its chat app.

In a hurry to not be outdone by this, it seems that Google has rushed the launch of Tez in order to not be left out.

Whatever the reason, Google needs to get its act together and fix all the bugs on the Tez app soon and needs to differentiate it from the other as there are a dime a dozen mobile payment apps in the market.

DD Mishra, Research Director, Gartner said, “It is too early to say whether it (Tez) can be a game changer as evolution in this business is going to continue, but yes it has the capabilities to bring some disruption as of now. Moreover, Google’s information about an individual’s preferences can play a good role in enabling business to know their preferences and provide offers with interesting options.”