Google launches Tez mobile payments app in India that allows people to make payments through their phone by syncing it with their bank accounts. 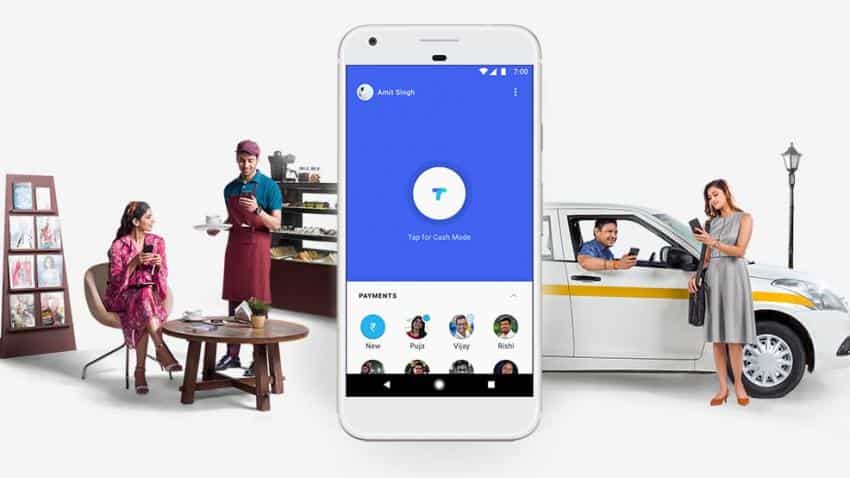 Google on Monday finally launched the mobile payments app Tez in India. The tech giant made its foray into the mobile payments space first in India and is essentially a peer-to-peer money transfer app which lets users link their phones to their bank accounts to pay for things online and offline stores.

The one difference about Tez from other mobile payment apps is that users do not need to transfer money separately to its mobile wallet and then make the payment. Tez allows people to pay directly from their bank. Which means that the user will continue to earn interest with the money lying in the bank account.

“With Tez, you can pay directly from your bank account, which means your money is safe with your bank and you’ll continue to earn interest. There’s no need to open a separate account or worry about reloading wallets,” the company said in a blog post.

Tez uses UPI (Unified Payments Interface) and works with all major banks, including our partners: Axis, HDFC Bank, ICICI and State Bank of India. Besides this, it supports all other national banks which are on board with UPI.

The Tez app comes with Tez Shield to protect users by detecting fraud, preventing hacking and verifies the users identity.

“The Tez Shield works 24/7 to help detect fraud, prevent hacking, and verify your identity. Each transaction is secured with your UPI PIN and the app is secured with a Google PIN or your screen lock method such as fingerprint. If you ever need help, our help centre, phone, and chat support are available all day, every day,” it said.

It further added that a user can use the Cash Mode to send money instantly to another Tez user nearby without needing to share private details such as the bank account number or phone number.

Tez can be used for making payments on apps and websites where UPI is accepted. Google further gave logos of the places which would accept payments made through Tez, ie Redbus, PVR Cinemas, Dominos Pizza, DishTV and Jet Airways.

It also had some introductory offers such as earning a Tez Scratch Cards to win up to Rs 1,000 with each transaction and be eligible to win Rs 1 lakh every week with Lucky Sundays. This way users don’t need to hunt for coupon codes. It further said that if a user wins, the rewards would go straight into the users bank account.

Business owners and shops can use the Tez app with their individual current account to start accepting digital payments from today. Payment goes directly to into their bank account — all with no fees. It added that Merchants with individual current accounts can receive up to Rs 50,000 per month with UPI with no fees. After that it said that the bank may charge fees or impose additional requirements.

“We are working to support shopkeepers with other types of current accounts soon,” it added.

For those merchants selling online there is also a separate Tez for business app where they can create their own custom business channel and engage directly with their customers to share offers.

For those looking to try out Tez, they have to first download and install the app from Google Play of iTunes. Then set their Google PIN or screen lock and then link their existing bank account to Tez.

Google's Tez app has partnered with smartphone makers such as Lava, Micromax, Nokia and Panasonic and this app maybe pre-installed on the new phones you buy from them.