Salman Khan has launched Being Human bicycles recently and is expected to launch his own range of smartphones under the brand. 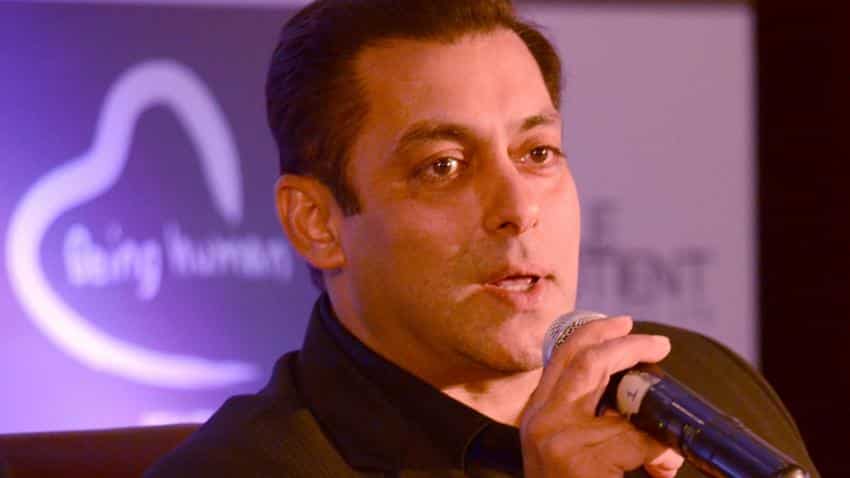 Actor Salman Khan at the launch of Being Human Jewellery in New Delhi, on Sept 30, 2016. Photo: IANS
Written By: Collin Furtado
RELATED NEWS

Bollywood star Salman Khan seems to be busy in extending the product line of his Being Human brand. The brand which has been in the clothing and even jeweller business seems to now been venturing into new territories. Khan who is known for his love for bicycles has now launched his Being Human brand on bicycles.

While there had been report earlier that he Salman would be launching his exclusive line of bicycles, however not the reports seem to have been confirmed. In a photograph captured recently he was spotted cycling close to his farmhouse in Panvel on a bicycle with the Being Human branding on it. We could soon expect to seen die-hard fans riding on Being Human bicycles soon.

However, Salman's aspirations for the Being Human brand does not stop at bicycles. He is now setting his eyes on the smartphone market in India.

He has been reportedly calling investors for his new smartphone venture and may own a majority stake directly or through his own family, according to an Economic Times report.

The Bollywood superstar has already registered the BeingSmart trademark for smartphones which are expected to target the entry level to mid segment smartphones market. It is also reported that he is currently putting in place an operational management team which will be headed by a professional who has worked at leadership level in mobile phone companies such as Samsung and Micromax.

The ET report also said that he has also selected a Chinese plant and initial phone models that will be priced below Rs 20,000 and will be Android based. The smartphones will take on Chinese brands such as Oppo, Vivo and Xiaomi at a time when Indian brands have been facing tough competition from them.

The BeingSmart smartphones will be sold initially online and later on through partnerships with a few large mobile and electronic retails chains, apart from being sold at Being Human stores.

Like with the Being Human clothing and apparel business, the proceeds from the profits will be used to fuel his charity and social work that Salman does at his Being Human Foundation.