Explainer: Who wants what in Thyssenkrupp-Tata Steel venture talks?

Final negotiations will revolve around how to value the European assets of the two companies, which have performed very differently since the initial 50:50 joint venture deal was first announced in September. 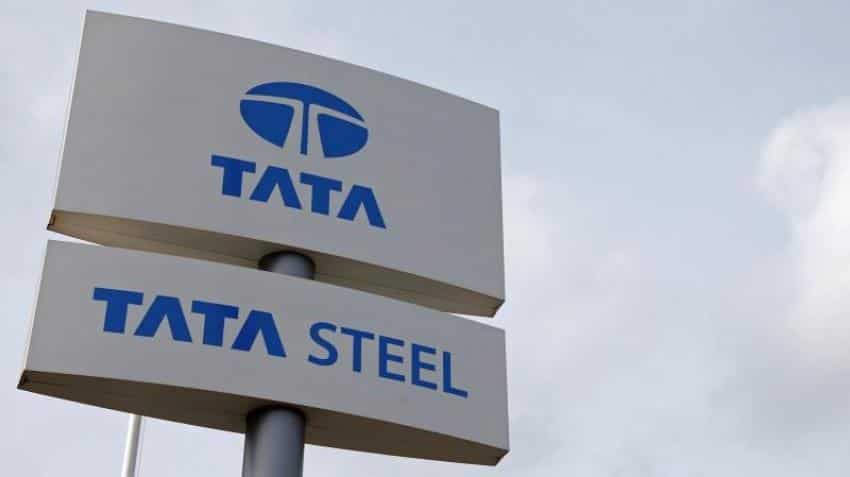 Tata Steel Europe has been a strain on its parent for about a decade, burning through approximately $1 billion of cash a year. Image Caption: Reuters
Written By: Reuters
RELATED NEWS

Thyssenkrupp`s supervisory board is expected to decide whether to form a European steel joint venture with Tata Steel at the end of next week, bringing two years of talks to a head.

Final negotiations will revolve around how to value the European assets of the two companies, which have performed very differently since the initial 50:50 joint venture deal was first announced in September.

Below are the six most important stakeholders with power to influence the outcome of increasingly complex talks, which could still fall apart:

THYSSENKRUPP
Heinrich Hiesinger, the company`s chief executive, will try to meet a self-imposed end-June deadline for a decision on the deal, the core of his restructuring plan for the conglomerate.

If talks collapse, the 58-year old executive, in the job since 2011, would likely come under pressure to step down.

He now needs to find ways to plug a valuation gap that has opened up between the assets that Thyssenkrupp and Tata Steel plan to put into the venture. Sources say the gap could be anywhere between 500 million and 3 billion euros ($580 million to $3.5 billion), and closing it might include asking Tata Steel to transfer fewer liabilities to the venture than planned.

Under the current arrangement, Hiesinger plans to transfer 4 billion euros of liabilities, compared with 2.5 billion from Tata Steel.

TATA STEEL
Tata Steel Europe has been a strain on its parent for about a decade, burning through approximately $1 billion of cash a year. Like Thyssenkrupp, it plans to slash up to 2,000 jobs as part of the deal to cut costs.

While the Indian group will not be pleased about changing the original terms of the deal agreed in September, it might be the only way to find a solution for its struggling Port Talbot factory in Britain.

Tata Steel is also counting on dividend income from the joint venture to help service its remaining debt.

CEVIAN
While convinced a joint venture with Tata Steel makes strategic sense, Thyssenkrupp`s second-largest shareholder Cevian is demanding the deal must be rebalanced to resolve the widening performance gap between the different steel operations.

The Swedish investor has installed Jens Tischendorf on Thyssenkrupp`s supervisory board, and has repeatedly called for a broader restructuring to untangle the sprawling steel-to-submarines conglomerate.

WORKERS
Unions hold half the seats on Thyssenkrupp`s supervisory board and any deal depends on their support, which Thyssenkrupp tried to win through major concessions regarding jobs and factories earlier this year.

Worker consent, however, also depends on how the valuation gap will be closed. Thyssenkrupp`s deputy supervisory board chairman told Reuters that workers would not support loading more debt on to the European steel venture.

They are also unlikely to approve the deal until Tata Steel has reached a labour deal with its workers to prevent Thyssenkrupp being held responsible for potential losses and problems stemming from Tata Steel`s British operations.

ELLIOTT
The U.S. activist investor said it saw "significant scope for operational improvement" at Thyssenkrupp when it disclosed its investment in the German company last month.

In a letter sent to management in June, the fund estimated the joint venture`s valuation gap at about 1.9 billion euros and urged Hiesinger to seek better terms, people familiar with the matter have said.

Elliott has said it plans to engage with Thyssenkrupp`s supervisory and management boards in the near future.

ALFRIED KRUPP VON BOHLEN AND HALBACH FOUNDATION
The foundation, which usually doesn`t comment on company matters, is currently Thyssenkrupp`s biggest shareholder with a 21 percent stake. It is led by Ursula Gather, rector of the University of Dortmund, who also sits on the company`s supervisory board.

In 2016, when speculation over Thyssenkrupp and Tata Steel`s European tie-up first surfaced, she said there were many options for a restructuring of the steel business.

"Those that are negotiating on behalf of Thyssenkrupp will focus on the right options," she told German paper WAZ at the time, marking the only public remarks by the foundation to date on the matter.