The two firms agreed last week to combine their European steel operations in a move to create the continent`s second-largest steelmaker with revenues of about 15 billion euros ($18 billion). 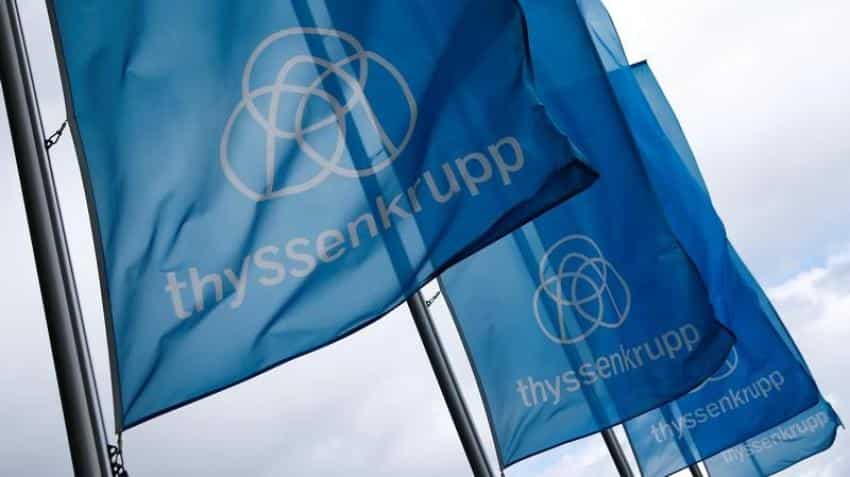 Flags with the new logo of German steel maker ThyssenKrupp flutter in the wind in Essen. Photo: Reuters
Written By: Reuters
RELATED NEWS

Germany`s Thyssenkrupp will increase its capital by 10 percent in a sale of new shares to bolster its balance sheet ahead of a planned deal with India`s Tata Steel.

The two firms agreed last week to combine their European steel operations in a move to create the continent`s second-largest steelmaker with revenues of about 15 billion euros ($18 billion).

At Monday`s closing price of 24.7 euros, such a share sale would raise around 1.4 billion euros.

With new joint venture Thyssenkrupp Tata Steel not expected to start operations until late 2018, it will take "some time" for the positive effects of the transaction to filter through, chief executive Heinrich Hiesinger said.

"We will use that time to strengthen our industrial goods businesses right away," the CEO said.