Airline charges for booking a seat of your choice have increased over the past two years. Additional charges go up to as much as Rs 1200 per seat per flight. 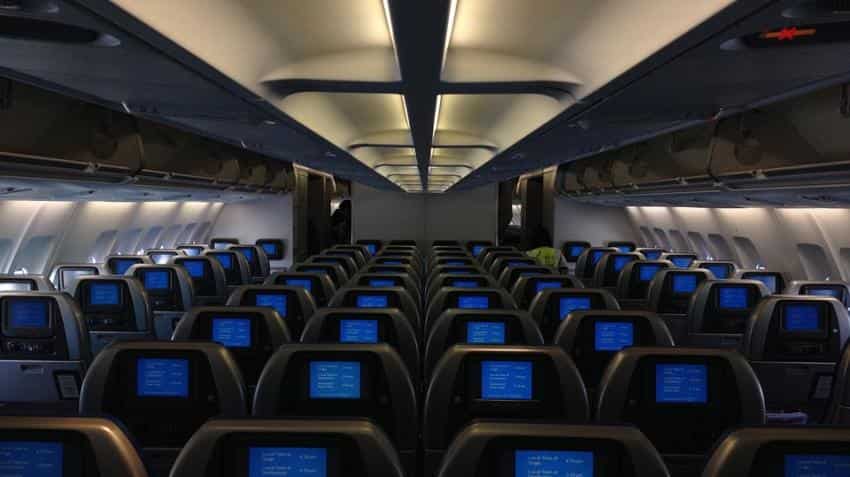 The case today is that a seat at the back of a plane could cost you an additional Rs 150 to Rs 200 if you reserve it during a web check-in. Representational image. Image Source: Pixabay
Written By: ZeeBiz WebTeam
RELATED NEWS

'Unbundling' of airline services were hailed as something that will dramatically reduce the money you paid for your air tickets. However, two years since its launch, flyers are being treated to paying for any and every seat that they want to reserve during their web check-ins.

The case today is that a seat at the back of a plane could cost you an additional Rs 150 to Rs 200 if you reserve it during a web check-in.

Earlier, airlines were charging extra if a customer preferred special seats like the first row or seats next to emergency exit as they offered greater legroom in the cramped economy class. However, with the passage of time, airlines have now started charging for any seat, be it a window, aisle or a middle row seat if reserved online.

You could easily end up paying at least 40% more of the cost of your return journey just so that you get the seat of your choice. Seat selection with extra legroom on certain airlines have charges going up to Rs 1200 extra per seat.

For bulkhead seats or seats behind a dividing walls/curtains between cabins on Jet Airways costs up to Rs 749 extra.

SpiceJet charges anywhere between Rs 600 to Rs 1200 depending on the aircraft and flight length for extra legroom.

Spicejet declined to give information about reservation charges on regular seats.

For seats on the 1st, 12th and 13th row will cost a traveller Rs 600 extra on an IndiGo flight for ‘extra legroom,’ if booked via the website and Rs 800 per person per flight if booked at the airport.

SpiceJet, IndiGo and Jet Airways did not answer on how many seats were available to be booked with no additional cost.

“Assuming that airlines do not charge on middle row seats, in a 180 seater A320 airbus only around 50 seats will be left free of cost, excluding the emergency exit seats and the front row seats. This makes it only 33% of the seats on the plane,” an industry expert told Zeebiz.

These preferential seat charges are applicable on every single route after the directorate general of civil aviation in the year 2015 allowed domestic carriers to charge for certain services including preferential seating as a separate charge on airlines.