Limited window for sales periods can increase passenger load factor depending on the number of days the sale is open for. Zeebiz speaks to airlines and analysts to see how a three day sale helps or harms the airlines. 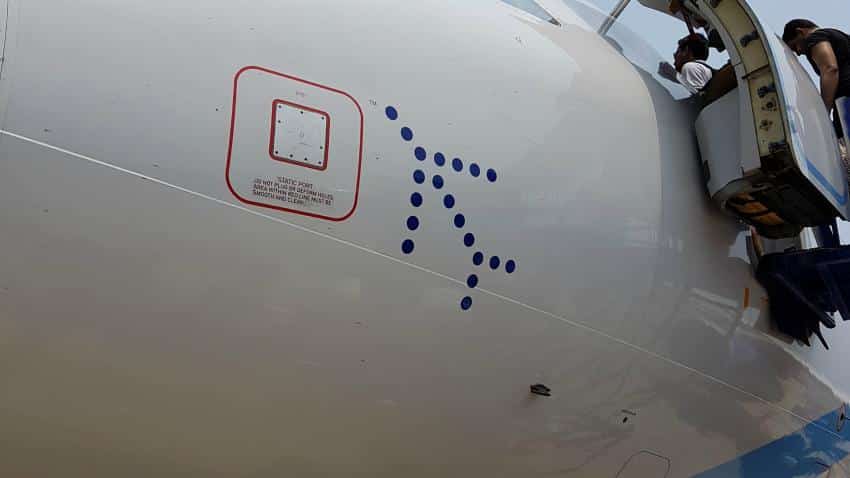 2. Flight ticket sales result in an improvement in the liquidity profile of airlines as they extend travel period till next year.

3. Passenger load factor of airlines also increase depending on the window period of the sale.

Indian domestic airlines began a fresh round of sales on flight tickets this week with one staging the play and the rest who followed. After Spicejet, Indigo, Jet Airways and AirAsia too announced discounts on flight tickets for travel period between June and March next year.

The airlines have promptly declared base fares starting as low as Rs 11 and Rs 12, but how much do these sales help them?

The sales window period ranged between three to five days but customers were free to plan their travel going into next year March 2018.

Spicejet that celebrated its 12th anniversary announced base fare of Rs 12, excluding surcharge. The airline was also offering a lucky draw for certain customers.

IndiGo announced base fare of Rs 11 on select non-stop flight routes. While Jet Airways announced a monsoon sale for fares starting at Rs 1079 on select flights.

AirAsia said it would offer flight tickets with minimum fare starting at Rs 1,699.

So what’s the catch?

“Many a times, the sales are advertising techniques or results from competitive pressures - however the number of seats on offer may not be high,” Kinjal Shah, Vice President and Co-Head, Corporate sector ratings, ICRA Limited said.

Zeebiz spoke to industry experts who said that close to 10-12 seats per route will be set aside by airlines to go on sale. Thereby reducing its losses.

ICRA’s Shah said, “We do not have any data on the seats offered during such sales, but our estimation is that these are very limited, may be less than 10% of total ASKMs (Available Seat Kilometer) of the airline.”

The slow growth of ASKs implied that airlines were reducing capacity addition gradually.

A second catch would be noted as on booking the flight tickets you may notice a change in prices because a clause in all airline sales clearly states subject to additional surcharge and fuel prices.

“The fare of Rs 11 is just the base fare; and there is a fuel surcharge levied on the base fare,” Shah added.

Be it three days or five days, a sale would attract buyers in any case. Despite lesser number of seats being offered on discount these sales do help airlines.

“The sales generally lead to an increase in the PLFs (passenger load factor) of airlines depending on the window of the sale and the number of seats offered,” Shah said.

Motilal Oswal report said that passenger growth has been in double digits for the last 33 months.

“Such sales result in an improvement in the liquidity profile of airlines, as the companies receive advance payments from customers for travel at a later date,” Shah said.

Questions to airlines on what factors are taken into consideration while setting sale prices, GST and Aviation Turbine Fuel prices impact went unanswered by IndiGo and Spicejet as they did not want to reply.

“In order to encourage travel during the monsoon season, we offer incentives by way of discounts and savings on fares on select routes within India. These fare sales are popular with our guests and help with incremental revenue as well,” a Jet Airways spokesperson told Zeebiz.

“Overall, since these sales offer discounted fares, they do have a negative impact on the profit margins of airlines. However, the impact would depend on the frequency of these sales and the number of seats offered during such sales,” Shah added.

Regarding GST, ICRA analysts said it would have only a marginal impact on airlines; however what would impact them more was being disallowed by the Centre to claim input tax credit on all other inputs except input services.

“Since economy class is eligible for input tax credit only on input services and not other inputs, it will result in an additional cost to the airlines. Thus, the airlines may rationalise such sales,” Shah added.

In a concluding remark on sales by airlines, Shah said, “The airlines also need to decide on trade off between occupancy and airfares. In case they do not discount and occupancy remains below average, then also profitability would be impacted.”