LeEco is looking to sell a 49-acre US Silicon Valley property less than a year after buying it from Yahoo Inc, sources said. 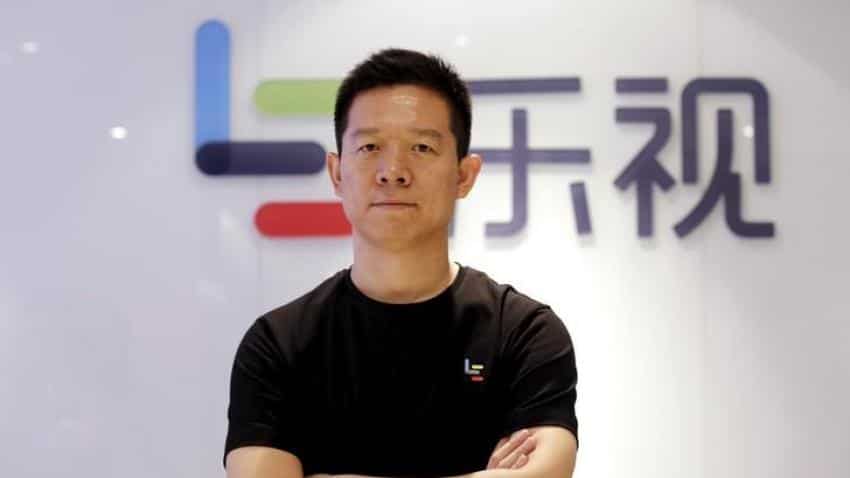 Jia Yueting, co-founder and head of Le Holdings Co Ltd, poses for a photo in front of a logo of his company in Beijing. Image Source: Reuters
Written By: Reuters
RELATED NEWS

Chinese technology conglomerate LeEco is looking to sell a 49-acre US Silicon Valley property less than a year after buying it from Yahoo Inc, sources said, in what is the latest effort by the firm to ride out a cash crunch.

LeEco, one of China`s most ambitious companies that grew from a Netflix-like video website to a business empire spanning consumer electronics to cars within 13 years, is struggling to support its goals that include beating Elon Musk`s Tesla Motors in premium electric vehicle making.

LeEco`s billionaire founder and CEO Jia Yueting admitted in a letter to staff in November that the firm was facing a "big company disease" and battling a cash crunch after expanding at an unprecedented rate.

But less than a month prior to the letter, amid much fanfare at LeEco`s official US launch at the Palace of Fine Arts in San Francisco, Jia had outlined plans to build its North America headquarters at the Silicon Valley site.

"This property will be an EcoCity that houses 12,000 employees," Jia said at the time.

Now cash-strapped and struggling to repay a pile of debts to suppliers and business partners, LeEco plans to sell the US site to little-known Chinese developer Genzon Group for $260 million, $10 million more than what the firm paid for it in June, said a source with direct knowledge of the deal who did not want to be named due to rules on talking to media.

Genzon confirmed it was in talks to buy the site, but declined to comment on the deal size or whether it was teaming up with any partners as the discussions were still ongoing.

Genzon also declined to elaborate on why it was interested in the property, but according to its website, the Shenzhen-based firm founded in 2003 is erecting a 140,000-square metre office building in Silicon Valley in a project called Burlingame Point - its first in the United States (US).

LeEco, in an emailed response to Reuters on the sale talks, said it was "working on securing a development partner" but that it was unable to share any further details.

"We are not yet ready to share plans for the land as we are still in the initial planning phase."

According to sources in and outside the company, workforce has been downsized across LeEco US, with some estimating numbers had at least halved in its current Silicon Valley office alone. Jia, in October, said LeEco US employs "more than 500".

LeEco was cited by Chinese media as saying in May last year that the company had 1,000 employees in the United States (US), including research personnel for its "super car".

The firm on Friday declined to comment on these reports or its current employee number. It is company policy not to quote numbers upon request as "headcount changes routinely due to additions and/or departures", LeEco said.

LeEco has seen headcount reduction in various units of its business in China since its financial problems deepened. The company said earlier this month that it had also cut almost 80% of its workforce in India.

Jia in January said LeEco`s financing problems would be solved in three to four months, before the firm got a much-needed capital injection of $2.2 billion from property developer Sunac China Holdings.

But the Sunac investment was for LeEco`s entertainment units and not its car-making business, which analysts say is very expensive to sustain.

LeEco is developing luxury electric vehicles with Faraday Future in the United States (US), a startup Jia funds and controls.

However, the outlook remains unclear after Faraday said it was scaling back production plan at a factory it has yet to build in Nevada.