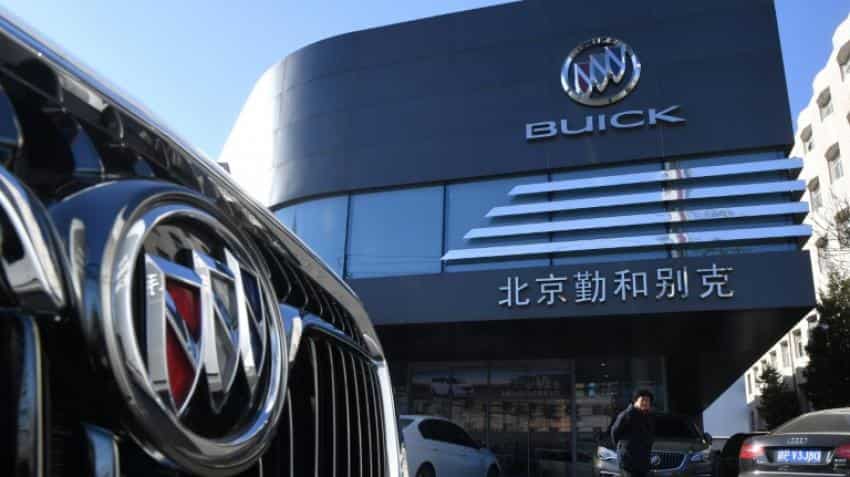 It is the second time in weeks China has slapped a multi-million dollar fine on a US company for alleged monopolistic pricing behaviour, the paper added. Image Source: AFP

Beijing has fined the Chinese unit of General Motors (GM) nearly $29 million for "infringing on the rights of consumers and its competitors" via price-fixing, Shanghai authorities said.

SAIC-GM -- a joint venture between the American company and the state-owned SAIC Motor Corporation, China`s biggest automaker by production volume -- has been ordered to cough up 201 million yuan ($28.9 million), approximately 4% of its mainland sales last year, Shanghai`s top development and economic reform body said on their website in a Friday statement.

"The fine is fair. We just aim to improve market order," the state-owned China Daily newspaper cited Xu Xinyu, the official in charge of the GM investigation, as saying.

"SAIC-GM will respect the views of the National Development and Reform Commission," a spokesperson from the company said on Friday, according to Chinese website Today`s Economic News.

It is the second time in weeks China has slapped a multi-million dollar fine on a US company for alleged monopolistic pricing behaviour, the paper added.

As of Friday, China has issued 2.25 billion yuan in fines to automakers since 2014, according to the China Daily.

The penalty comes in the midst of a war of words between US President-elect Donald Trump and Chinese media, after the billionaire Republican businessman suggested he may reject the One China policy unless Beijing makes concessions on trade and other matters.

Trump, who takes office on January 20, has also repeatedly threatened to slap 45% tariffs on Chinese exports to the US.

He has picked outspoken China critic Peter Navarro to head the White House National Trade Council, a new office that will oversee trade and industrial policy -- leading Chinese media reports on Friday to state that Beijing ought to prepare for a potential trade war.

Is General Motors looking to tie-up with Ola to revive sales in India?

Passenger vehicle makers to invest Rs 65,000 crore by FY25 to ramp up capacity