Is General Motors looking to tie-up with Ola to revive sales in India?

In  US, GM in January announced a $500 million (nearly Rs 3,326.38 crore) investment in Lyft, with plans down the road to  develop  an on-demand network of self-driving cars. 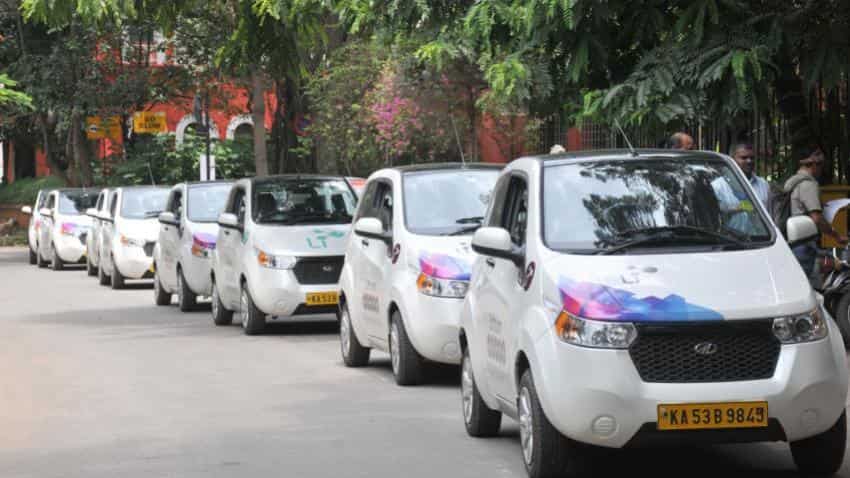 After signing a deal with India's SUV- (sports utility vehicle) and tractor-maker Mahindra & Mahindra (M&M) Ola and General Motors (GM) may join hands for a similar deal. In September this year, Ola and M&M signed a deal where the latter would provide 40,000 Veritos to drivers on Ola platform with low-cost financing, insurance benefits and post-sales maintenance.

Ola's co-founder and CEO Bhavish Aggarwal had met with General Motors' CEO Mary Barra in San Francisco a few months ago, Bloomberg reported. However, the details of the meeting could not be ascertained.

Both Ola and GM did not reply to emails sent for the story.

In US, GM in January announced a $500 million (nearly Rs 3,326.38 crore) investment in Lyft, with plans down the road to develop an on-demand network of self-driving cars. 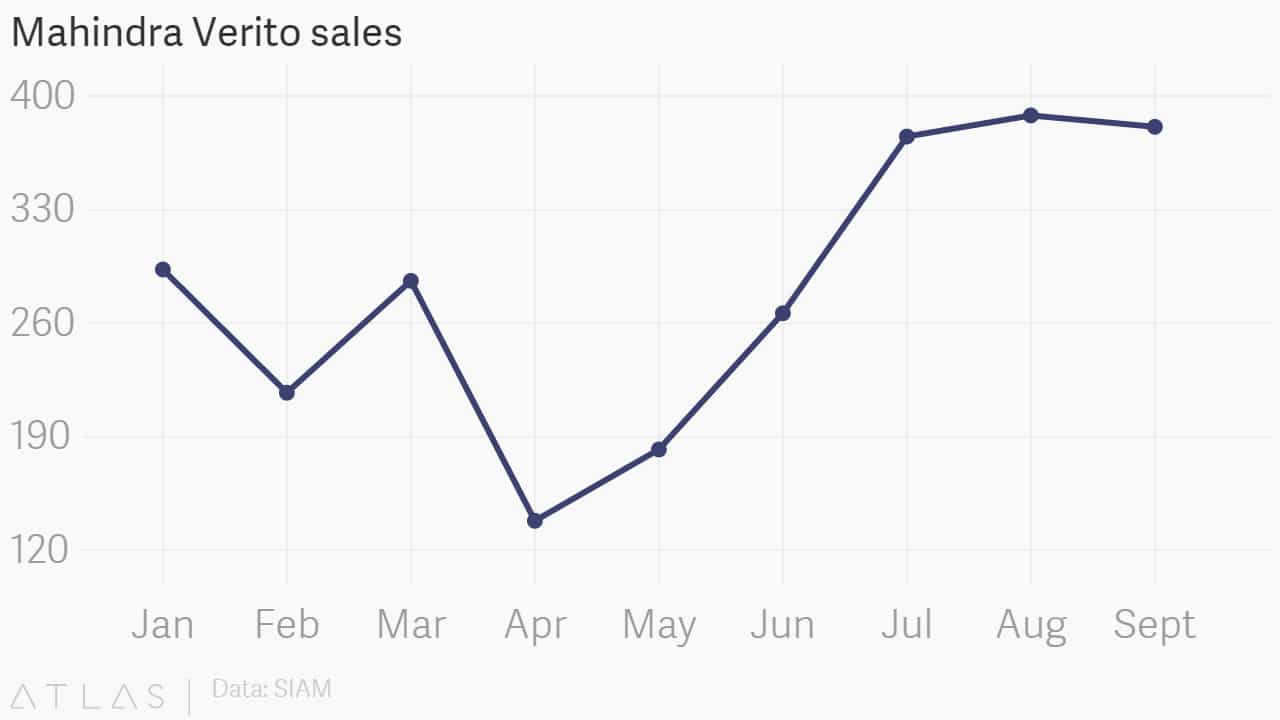 Mahindra has sold just 1,730 units of Verito and Vibe in the last six months.

Clearly, GM too is looking to increase its presence in India and tying up with taxi company like Ola could be a strategy. Ola, last year, announced a tie-up with Nissan Motor India to buy and lend cars to its drivers.

Tata Motors, too, has tied up with Uber in a similar deal.

General Motors' sales in India has been lagging behind by a long distance, as its brand Chevrolet has only 0.76% market share and sold a total of only 2,101 units in September in the country. In comparison, Maruti Suzuki's Celerio sold 5,252 units in September and had clocked in more than twice the amount of sales that GM's best selling car, the Beat.

Against popular belief, app-based taxi hailing services like Ola and Uber are not looking to replace traditional taxis but eye the bigger car market. Their aim is make car buying redundant, experts say.

To counter this, automobile companies globally have been investing directly in taxi-hailing companies in order for them to push the demand for cars.

In May, Toyota also laid out plans to invest in Uber internationally to create flexible vehicle leasing terms, while the ride-hailing service has also entered into a $300 million (nearly Rs 1,995.83 crore) deal with the Volvo Car Group to develop self-driving cars.