Leading the group was Maruti Suzuki India, which reported a 19.5% growth 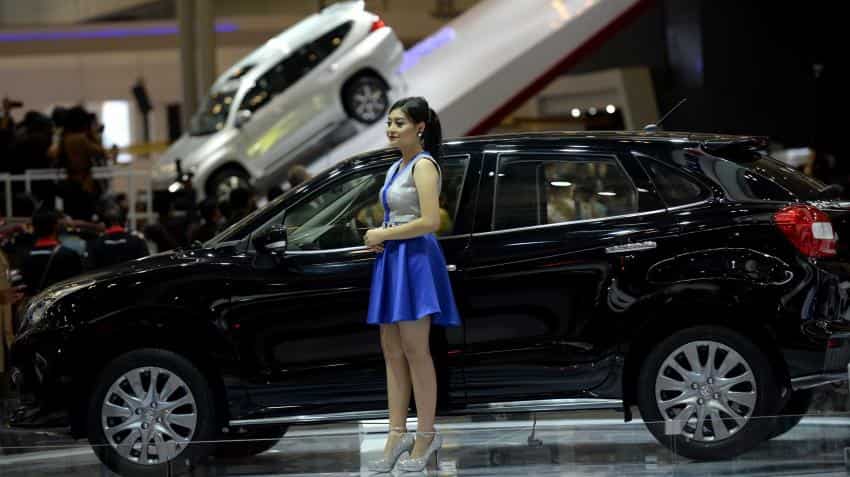 A model stands besides a car on display during an auto show. Photo: IANS
Written By: IANS
RELATED NEWS

Several car makers and a two-wheeler maker on Monday said they closed the first month of the current fiscal with volume growth as compared to April last year.

Besides, sales of utility vehicles, which comprises brands like Gypsy, Ertiga, S-Cross and Vitara Brezza, rose by 28.6% to 20,638 units.

In contrast, off-take in the van segment, which includes brands like Omni and Eeco, decreased by 4% to 13,938 units.

On the other hand, the second-largest car maker in India, Hyundai Motor India, reported a 3.6% growth in sales to 56,368 units in April as compared to 54,420 units in April last year.

"Hyundai, with a volume of 44,758 units, continued its growth momentum on a strong base of last year and continued strong performance on volume," company Director (Sales and Marketing) Rakesh Srivastava said.

The Japanese-Indian joint venture Toyota Kirloskar Motor reported a surge of 52% in domestic sales during April 2017.

The company`s total domestic sales stood at 12,948 units of the Etios series as compared to 8,529 units sold during April 2016.

It exported 1,109 units of the Etios series as against 978 units exported in the like month last year.

"We have been able to sustain a robust growth in April 2017. This has been propelled by the overwhelming response the new Fortuner received," said N. Raja, Director and Senior Vice President, Sales and Marketing.

"We usher in the new fiscal year with robust growth in terms of sales and positive sentiment," said Arun Malhotra, Managing Director of Nissan India.

According to Tata Motors, its commercial vehicle sales in the domestic market totalled 16,017 units, down by 36% from April 2016.

"This is an unusual decline, in exceptional circumstances," the company said.