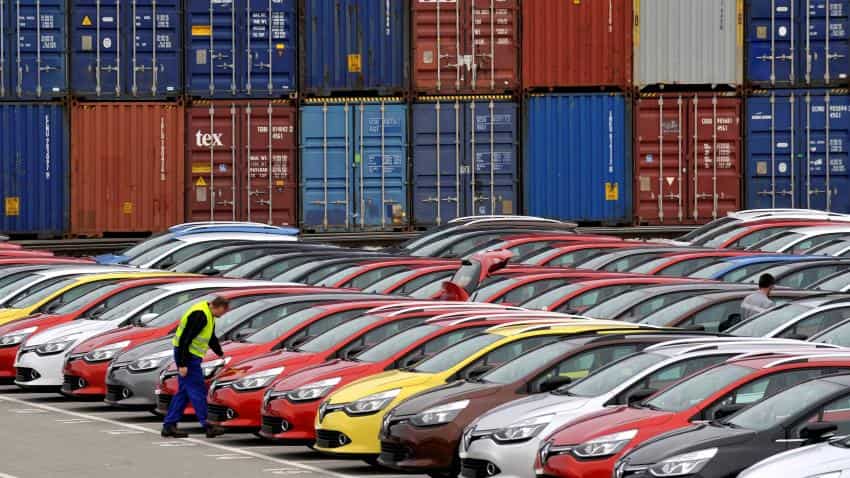 Renault cars produced in Turkey and awaiting export throughout Europe, are checked by a worker in front of ship containers in the port of Koper October 14, 2013. Photo: Reuters/Srdjan Zivulovic
Written By: ZeeBiz WebTeam
RELATED NEWS

Car sales in March 2017 grew by 8.2% from the same month a year ago. Domestic car sales increased to 1,90,065 units during the month from 1,75,709 units a year ago, according to the Society of Indian Automobile Manufacturers (SIAM).

In March local passenger vehicle sales grew by 10% to 2,82,519 units. Commercial vehicles (CV) such as trucks and bus sales were up 9.3% to 87,257 units during March 2017. This is expected to be due to big discounts by CV manufacturers to get rid of Bharat Stage (BS) III stocks due to the March 31 deadline given by the Supreme Court.

However, two-wheeler sales saw a marginal growth of 0.3% to sell 14.7 lakh units in March. This was despite the heavy discounting after the BS III vehicle ban by the Supreme Court on March 29 which was expected to lead to large sales.

SIAM Deputy Director General Sugato Sen said that he expects sales of trucks and buses in year started April 1 to grow 4-6%, according to a Bloomberg report.

He further said expected two-wheeler sales to rise by 9-11% in FY18. For passenger vehicles he forecasted a growth of between 7-9% in FY18.