No-fly list to Aadhaar linked flight tickets and from 10 crore passengers to 1,000 flights per day, a look back at the year for India's aviation sector. 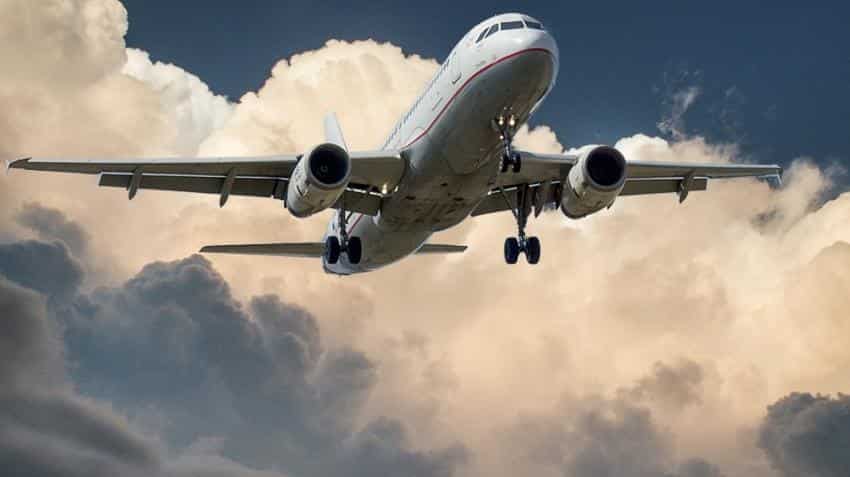 SpiceJet to fly to Jharsuguda from March

There were over 10 crore passengers carried by the domestic airlines in 2017. But that was only in the period January to November, 2017, Directorate General of Civil Aviation (DGCA) data revealed.

The Indian government has been vocal in promoting air travel within the country. It’s Ude Desh ka Aam Aadmi or UDAN scheme also witnessed its first flight taking off in April, 2017.

“Passengers carried by domestic airlines during Jan-Nov 2017 were 1059.34 lakhs as against 903.36 lakhs during the corresponding period of previous year thereby registering a growth of 17.27%,” DGCA said.

This year also saw India’s first ever ‘No-fly’ list being fleshed out with the Centre coming up with rules to tame unruly flyers.

Indian aviation sector also faced a bit of turbulence as aviation fuel went through the highs and lows of pricing. Jet fuel was hiked 8.6% to Rs 52,540.63 per kilolitre in January. Fuel prices have been raised in tandem with global crude oil prices.

Prices averaged around Rs 56,450 per kilolitre for the third quarter, 12.6 percent higher than the year-ago period, a report by Bloomberg said.

The biggest news of all for this sector was the privatisation of the national carrier, Air India. The airline has been in talks with Tata Group that has also shown an interest in the state-run company.

Talks of the airline’s assets being split along with Air India being rumoured to interest buyers from foreign airlines has also been in the air.

Air India, which is nearly Rs 50,000 crore in debt, also tried to stay afloat amidst choppy waters by cancelling non-vegetarian meals in economy class on its domestic flights to ‘reduce wastage’ and costs as well. It has also asked for a loan of Rs 1,100 crore to modify its planes for flying VVIPs.

However, the parliament which is currently in session appeared split in its decision to privatise the national carrier, a report by PTI said on December 11.

This year also witnessed the ‘turnaround’ story for Ajay Singh’s Spicejet. After two and a half years when Spicejet was forced to ground its fleet, the airline became the world’s best performing stock.

Spicejet also placed an order for planes amounting to $26 billion and even became a song of praise by the United States of America’s government, Donald Trump.

Aviation major, IndiGo recently announced that it has begun 1,000 flights per day. “Adding to many firsts to its credit, IndiGo yesterday became the first Indian carrier to operate 1000 plus flights in a day,” the airline said.

Mumbai airport on the other hand said that it had recorded nearly 1,000 flights per day last month. This could only mean that higher number of passengers are choosing air travel. Ratings agency ICRA pointed out that since FY2014, aviation traffic in the country has been on a ‘strong upward trajectory – for both the passenger as well as the aircraft traffic categories.’

But with airport infrastructure bursting at its seams, ICRA had pointed out that the government would have to treble its airports capacity to match growing demand.

“The country would need to nearly treble its airports capacity (terminal building capacity) at an estimated capital expenditure of Rs 2.4 lakh crore in the next ten years, much higher than around Rs 52,000 crore incurred over the last decade, to address the growing air traffic,” ICRA said.

A recent report by PTI also pointed out that domestic carriers reported a total of 1,000 technical snags in 2017 with the Air India accounting for more than half of the glitches.

Now as the sector gears up to enter into the new year, domestic flyers from a few airports will need to provide their Aadhaar card details. The government has been pushing for ‘seamless’ travel with linking Aadhaar to flight tickets.

"The increased ability of the airlines to pass on the costs to the customers due to reduced competitive intensity has resulted in an increase in the revenue per available seat kilometer (RASK)-cost per available seat kilometer (CASK) spread for the airlines, and the financial performance of most of the airlines improved during the current year,” Kinjal Shah, Assistant Vice President and Co-Head - Corporate Sector Ratings, ICRA said.

SpiceJet to fly to Jharsuguda from March