The differences between the Forty-Eight standard and the Special are mostly visual, but the Street Glide Special comes with larger-displacement Milwaukee-Eight 114 engine as well, said the report. 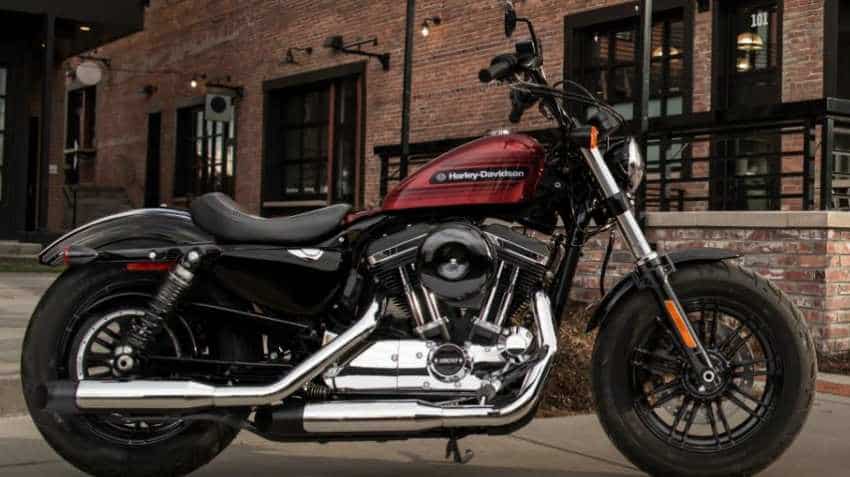 The superbike maker Harley-Davidson is striving to expand its model line-up in India, therefore, it is set to launch two premium bikes --Forty-Eight Special and Street Glide Special-- on March 14, said a BikeDekho report, adding that both the motorcycles will cost higher than their standard variants.

The differences between the Forty-Eight standard and the Special are mostly visual, but the Street Glide Special comes with larger-displacement Milwaukee-Eight 114 engine as well, said the report.

Talking about the Forty-Eight features, the report said it boasts of 70’s inspired body graphics, while its wheels have received blacked-out treatment. The Forty-Eight also sports ape hangers instead of the original low-set handlebars. Further, this Sportster flaunts a 1202cc air-cooled engine that churns out 60.8PS of power and 96Nm of torque at 4,250rpm, along with non-adjustable 49mm forks with 91mm of travel up front and adjustable shocks with 40mm of travel at the rear, the report added. Like standard model, the Special features dual-piston brake setup at both ends.

The standard Forty-Eight is reportedly priced at Rs 10.48 lakh (ex-showroom, India) while the Special is expected to cost more than the standard variant.

According to BikeDekho, unlike the standard Street Glide, the Special also gets the same blacked-out treatment like the Forty-Eight Special. Hovever, the seat, exhaust system, front forks, engine cover and alloy wheels are dipped in black paint.

To further differentiate between the two, the Street Glide Special has received a new alloy wheel design, and come in seven colour variants of gray, red, silver, blue, orange, black and silver/ black. This Harley-Davidson bike is equipped with a touchscreen display showing informations like tripmeter, average speed, navigation and tyre pressure.

Harley-Davidson has so far not revealed anything about the prices of the Street Glide, but it is expected to cost around Rs 30 lakh, said the report.