European auto major Groupe PSA will start with an initial manufacturing capacity of 1 lakh units per annum at Thiruvallur plant and later depending upon the market conditions, scale it up. 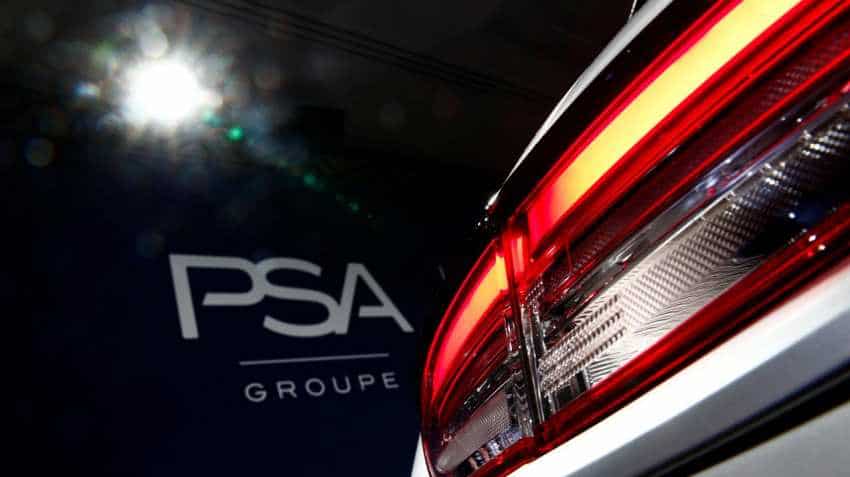 European auto major Groupe PSA Wednesday formally announced entry of its Citroen brand in India and said it would roll out its flagship SUV model C5 Aircross in the country by the end of 2020. The company said it is also planning to bring in a range of products after the C5 Aircross that would be made and launched in India before being introduced in other parts of the world. Groupe PSA Chairman of the Managing Board Carlos Tavares said India is an important market for Groupe PSA to increase its international footprint and revenues.

"With the introduction of Citroen, our aim is to 'be Indian in India' and our association with the CK Birla Group will be important to become a major player in the Indian automotive market," Tavares told reporters while launching the brand here. The group believes India is a strong opportunity for growth, he added. Tavares said the group is targeting 50 per cent increase in sales outside Europe by 2021 and, therefore, it is entering different geographies globally. Groupe PSA is Europe's second-largest carmaker after Volkswagen.

Terming the Indian market as dynamic with high potential, Citroen Brand CEO Linda Jackson said, "We believe we have the right positioning to meet the expectations of the Indian customers." She further said, "In India, we will be inspired by the Indians... We will develop highly localised cars to meet customer expectations."

The company will launch one model each year starting 2021, Jackson said.

The company's products will be at the heart of market and would focus on unique design, comfort and launch of global brands here, she added. When asked how the company's plans to utilise the Ambassador brand, Jackson said, "We are currently in the process of analysing how it can be used as it is an iconic brand we would not like to mean any disrespect to it."

Groupe PSA Executive Vice-President & Head of India-Pacific Emmanuel Delay said India is a tough automotive market but also the one which provides "loads of opportunity". He added that powertrain manufacturing will start this year in Hosur and the company would also utilise the Indian facilities for exports, Delay said.

The company will start with an initial manufacturing capacity of 1 lakh units per annum at Thiruvallur plant and later depending upon the market conditions, scale it up, he added. He said the company would like to have a market share of around 2 per cent over the next 4-5 years.

Asked why the company is targeting such a conservative market share, Tavares said: "We are not chasing market share. We believe this is not the right way to do so". In 2017, PSA Groupe had announced a partnership with CK Birla Group to re-enter the Indian market and earmarked an initial investment of 100 million euros to set up a plant for vehicle and powertrain manufacturing in Tamil Nadu.

PSA Groupe, which sells three brands -- Peugeot, Citroen and DS -- is no stranger to India, having entered into a partnership with the erstwhile Premier family resulting in JV Peugeot PAL India. However, it pulled out from the JV in 2001.

The group had made repeated attempts to return to the Indian market. In 2009, it decided to go slow on plans to kick off operations in India due to a global economic slowdown. Later, in 2011, it announced plans to re-enter the Indian market with a mid sized sedan, 10 years after it had exited the country. The plan, however, did not materialise.

The CK Birla Group is known for the now-discontinued iconic Ambassador car that was manufactured by group firm Hindustan Motors. It has a presence in technology and automotive, home and building, and the healthcare and education sectors.