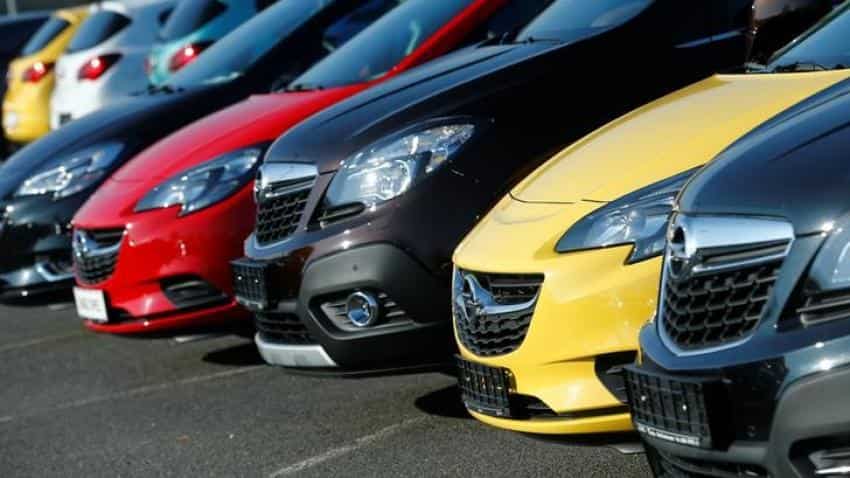 In a move that could shake up the global auto industry, General Motors Co and French automaker PSA Group said on Tuesday they are in talks that could result in PSA buying GM`s European auto operations.

For PSA, owner of the Peugeot, Citroen and DS brands, acquiring GM`s Opel and Vauxhall brands would give it a 16.3 percent share of the European passenger car market, vaulting it into second place in the region, ahead of French rival Renault SA and behind Germany`s Volkswagen AG.

Any deal would have to overcome financial, industrial and political obstacles. Germany`s industrial union IG Metall on Tuesday fired a warning shot, saying that if the companies were discussing the sale of Opel without the union`s involvement, that would be an "an unprecedented breach of all German and European co-determination rights." German Economy Minister Brigitte Zypries said it was totally unacceptable that talks took place on French carmaker PSA Group buying GM`s European Opel unit without consulting German works councils or local government.

The French government, which owns 14 percent of PSA, could support a deal that would help PSA reach "critical mass," an economy ministry source told Reuters. The government will "give special attention to the impact in terms of jobs and the industrial impact of these initiatives," the source said. France is in the midst of a heated national election campaign.

A spokesman for the Peugeot family, which holds a matching stake in the carmaker, was not immediately available.

It was not clear what price GM might want for the loss-making European business, or what structure a deal could take.

Both companies cautioned in statements that no deal is certain, but investors cheered the disclosure, sending shares in PSA, owner of the Peugeot and Citroen brands, up 3.7 percent and boosting GM shares by 3.5 percent in early New York trading.

Shares in Fiat Chrysler Automobiles NV rose 3.9 percent as investors speculated that one consolidation play could lead to another. Fiat Chrysler Chief Executive Sergio Marchionne has campaigned for more than a year for GM to combine with his company.

For GM, selling Opel would be the most dramatic demonstration yet of Chief Executive Mary Barra`s strategy of putting profitability and returns on invested capital ahead of market share.

Since taking over as GM`s CEO in January 2014, Barra has signed off on decisions to quit markets, including Russia and Indonesia, where GM lost money, pull the Chevrolet brand out of Europe, and slash sales to rental car fleets that long propped up U.S. market share with little or no profit.

GM`s global market share slipped by 0.3 percentage points last year. Selling Opel and Vauxhall, which added almost 1 million cars to its sales, could mean abandoning the global volume race in which it is currently ranked third behind Volkswagen and Toyota Motor Corp, with just over 10 million vehicles delivered last year.

In 2015, Barra and GM`s board quelled an attempt by an investor group to install representatives on the automaker`s board by agreeing to return more cash to shareholders, and to target 20 percent or better returns on invested capital.

GM executives said that measure drives them to put more money into high profit markets, such as trucks and SUVs in the United States, or growth opportunities such as developing autonomous cars for ride services, and less in low-earning businesses.

Despite delivering robust profits and promising $9 billion in share buybacks between 2015 and 2017, GM shares are still trading below the $41 a share level they reached in December 2013, just before Barra took over as CEO.

EUROPE IS A DRAG

GM Europe has been a drag on the automaker`s global profitability since 1999, the last year Opel and Vauxhall recorded a net profit. GM restructured its European operations over the past six years, shutting Opel factories in Belgium and Germany and withdrawing the Saab and Chevrolet brands from sale. Still, GM Europe failed to break even in 2016, as Barra had once promised it would, and the company said last week it did not expect profits in the operation until 2018.

Going forward, GM faces the prospect of heavy investments to comply with European government and consumer demands for cleaner diesel vehicles, and to catch up with a rapid shift toward sport utility vehicles.

GM had previously discussed a sale of its European auto business to Canadian parts maker Magna in the aftermath of the financial crisis, when GM was heading toward a U.S. government-led bankruptcy. But GM pulled the plug on the tentative deal in 2009.

GM and PSA have already shared production of commercial vans and developed common vehicle platforms, a relic of their last attempt to forge a broader alliance, which was unwound in 2013 with the sale of the U.S. carmaker`s stake in PSA.

Selling Opel would free up GM to invest more to develop vehicles for the North American and Chinese markets, where it makes nearly all of its automotive profits, as well as to expand new businesses.

It remains unclear how PSA would cut costs in a combined group. France`s PSA has 10 factories in Europe and General Motors has 11 plants.

Under Chief Executive Carlos Tavares, PSA has rebounded from a 2013-14 brush with bankruptcy to reach record levels of earnings, posting a 6.8 percent automotive operating margin in the first half of last year.