Aviation regulator DGCA is monitoring airfares for flights connecting flood-hit Kerala but it should not be seen by airlines as micro-management by the government as this is a unique situation of 'humanitarian crisis', Civil Aviation Minister Suresh Prabhu said today. 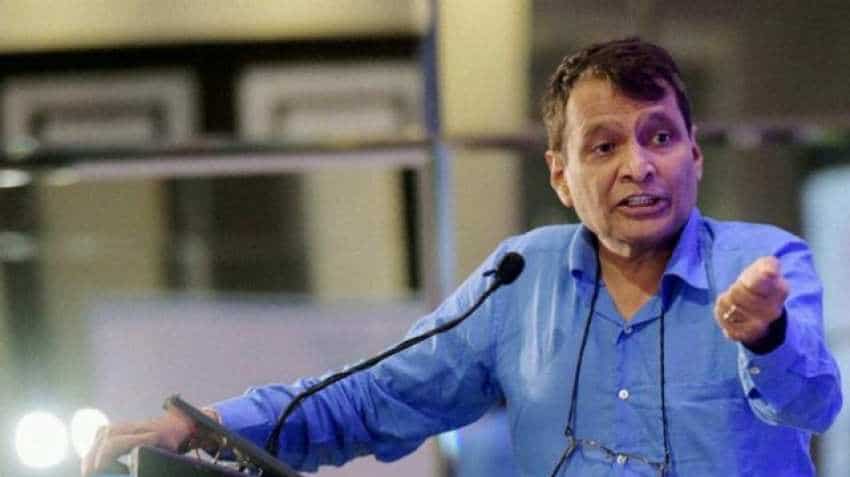 Aviation regulator DGCA is monitoring airfares for flights connecting flood-hit Kerala but it should not be seen by airlines as micro-management by the government as this is a unique situation of 'humanitarian crisis', Civil Aviation Minister Suresh Prabhu said today.

Amid concerns raised by many including on social media platforms about steep fluctuations in air ticket prices to and from Kerala, where the main airport at Kochi has been shut till August 26, Prabhu said the ministry as such cannot interfere with the fares but it is "doing it" in this time of crisis.

In an interview to PTI, Prabhu said the Directorate General of Civil Aviation (DGCA) is monitoring the movement of airfares.

"It is a unique situation. It is a humanitarian crisis... We have told the airlines that it is not a micro-management job," he said.

If there are any complaints, Prabhu said, the DGCA will take care of them.

The minister said airlines have also been persuaded to carry cargo free of cost to Kerala in this crisis situation.

"Monitoring of airfare carried out on Aug 20, 2018 has revealed that maximum fares on various domestic non-stop direct routes to/from Kerala and nearby airports remained within the limits specified by DGCA (Directorate General of Civil Aviation)," the ministry said in a release today.

Airlines have been requested to cap the maximum fare at around Rs 10,000 on longer routes and at around Rs 8,000 on shorter routes to/from Kerala and nearby airports, according to the Civil Aviation Ministry.

Yesterday, the ministry had released details of air ticket prices on various direct flight routes to and from Kerala and nearby airports on the basis of monitoring done on the same day.

The ministry had also clarified that high airfares shown on some social media tweets are for hopping and very long duration flights.

In a release issued on August 17, the ministry said the DGCA was constantly monitoring airfares on 32 direct routes operating to/from Trivandrum, Calicut, Coimbatore and Mangalore.

"Spike in airfare on few routes have been observed. Concerned airlines have been advised to cap the airfare on these flights," it had said in a release.

The regulator had also asked domestic carriers to operate additional flights to Kerala.