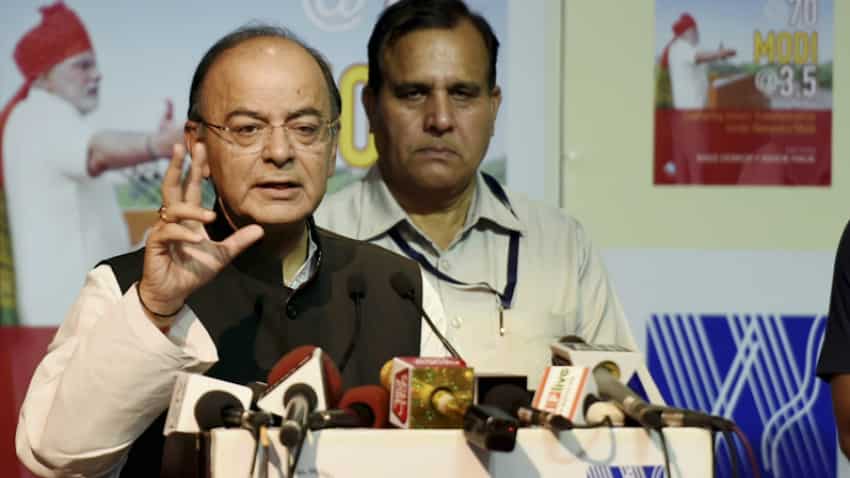 Finance Minister Arun Jaitley addresses at the release of the book "India @ 70 Modi @ 3.5" in New Delhi on Thursday. Photo: PTI

"We are now just finished second month. As a base year of 2015-16, we had to give two hikes of 14 per cent each to the states, and for both the months (July and August), with some part of the compensation cess, we are well within that figure," he said at the release of a book titled 'India@70 Modi@3.5'.

As per the tax sharing formula, the Centre will compensate states for any revenue loss calculated on a base year of 2015-16 and assumed revenue growth of 14 per cent.

"I did not imagine that states will reach break even points within 2-3 months itself...As we walk down next couple of months we probably will move up," he said.

On the teething problems related to implementation of GST, he said, one of the issues is reducing the compliance burden for small, medium sectors.

"We are having continuous meetings on how to do it and probably we will do it. The whole process has been put into action," he said.

With regard to direct tax collections, the Finance Minister said, it has seen 15.7 per cent increase over and above last year.

"So called slowdown which some visualise has not impacted that," he said.