A flat pan-European STOXX 600 was set to end the week with a 2.6 percent loss, its worst weekly performance since the end of March. Emerging market stocks have lost even more, some 3.2 percent.  U.S stock index futures are set to open 0.2 percent lower. 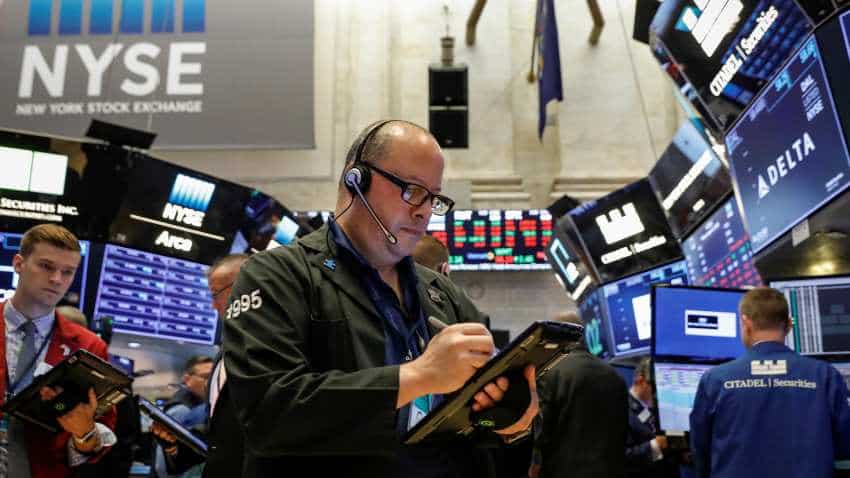 World shares limped toward their worst week in almost six months on Friday, with Asia carving out a 14-month trough as investors braced for a new salvo of Sino-U.S. tariffs. Image source: Reuters
Written By: Reuters
RELATED NEWS

World shares limped toward their worst week in almost six months on Friday, with Asia carving out a 14-month trough as investors braced for a new salvo of Sino-U.S. tariffs. A slump in US chip stocks and reports that President Donald Trump had also weighed a trade scrap with Japan dragged on tech-heavy Asia overnight, while Europe`s main bourses faded after an initial attempt push higher.

A flat pan-European STOXX 600 was set to end the week with a 2.6 percent loss, its worst weekly performance since the end of March. Emerging market stocks have lost even more, some 3.2 percent.
U.S stock index futures are set to open 0.2 percent lower.

Nerves were set to be frayed further after the public comment period for proposed tariffs on an additional $200 billion worth of Chinese imports passed at 0400 GMT. The tariffs could now go into effect at any moment, although there was no clear timetable.

China has warned of retaliation if Washington launches any new measures. Australia`s dollar, often used in as play on China`s fortunes due to its huge metals exports there, hit a 2-1/2 year low early on it Europe.

"It is all linked to the trade comment period expiring and now we are wondering what the implementation plan is going to be and how China is going to respond," Saxo Bank`s head of FX strategy John Hardy said.

"The Aussie dollar of course is a proxy within G10 for that," he added, also pointing to shares in mining giants such as BHP trading down near key technical levels.

There were some crumbs of comfort, however, for traders. Battered emerging market shares were on course to snap a 7-day losing streak. China had closed higher overnight despite the tariff feud and Turkey`s lira and South Africa`s rand and Argentina`s peso all looked relatively calm early on.

MSCI`s broadest index of Asia-Pacific shares outside Japan had still lost 0.3 percent though, having earlier reached its lowest since mid-July last year.

The Nikkei shed 0.8 percent, undermined by a rising yen and reports U.S. President Donald Trump could be contemplating taking on Japan over trade.

ON THE JOBS
Other emerging markets were trying to steady after a punishing week, with Indonesia and the Philippines still badly scarred by fears of capital flight following crises in Argentina and Turkey and the rumbling U.S.-China trade strains.

"It seems unlikely the tariffs are not implemented as the U.S. administration believes that they are winning the trade war and will be in a stronger position to negotiate if they put more pressure on China," JPMorgan analysts wrote in a note.

"The tech sector was also very weak overnight, with a slide in Micron of almost 10 percent and further weakness in the Chinese Internet ADRs."

Eyes were also turning to the U.S. payrolls report for August which is expected to show a robust rise of 191,000, in part as July was temporarily depressed by the closure of the Toys R Us chain that month.

Still, analysts at NatWest Markets cautioned that: "Despite employment indicators pointing to another strong report, it is worth noting that there is a tendency for August payrolls to initially disappoint and then be revised up noticeably later."

Just as important will be figures on U.S. wages where a rise above the 0.2 percent forecasted would likely boost the dollar and pressure Treasury prices.

The dollar could do with the lift, having lost out to the safe-haven yen and Swiss franc. It was changing hands at 110.70 yen after falling 0.7 percent on Thursday, the sharpest one-day loss in seven weeks.

Part of the decline came after a Wall Street Journal columnist reported Trump had mused about starting a trade fight with Japan.

The dollar also hit a four-month low on the franc around $0.9645. Against a basket of currencies, the dollar index nudged lower to 94.939 and was heading for a fourth weekly drop.

The euro was a shade higher at $1.1645, while sterling idled at $1.2939 amid ongoing uncertainty over Brexit negotiations.

In commodity markets, the dip in the dollar left gold a sliver higher at $1,200.67 an ounce.

Crude oil was slightly up too after falling more than 1 percent on Thursday when U.S. data showed gasoline inventories rose unexpectedly last week. Brent was 20 cents higher at $76.69 a barrel, while U.S. crude edged up 23 cents to $67.99.