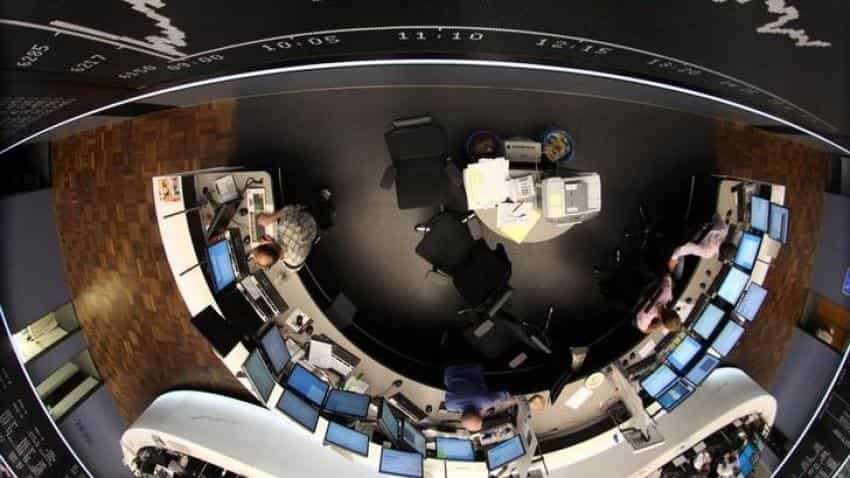 The dollar slid to a 15-month low against the yen on Wednesday, while world stock markets found firmer ground ahead of U.S. inflation numbers that could soothe, or inflame, fears of faster interest-rate hikes globally.

European stock markets were broadly higher thanks to strong earnings results and data confirmed the fastest euro zone economic growth for more than 10 years in 2017.

Blue-chip indexes in London, Paris and Frankfurt were up around 0.7 percent each, while higher U.S. stock futures pointed to a positive start for Wall Street shares which climbed on Tuesday for a third straight day.

The VIX stocks volatility index meanwhile dipped to a one-week low at 22.81, a sign that a degree of calm had returned to markets after last week`s ructions.

Still, Asian shares were mixed and Japan`s benchmark Nikkei closed down 0.4 percent as the yen rose and with investor sentiment generally strained ahead of the U.S. January inflation report at 1330 GMT.

That data has taken on particular significance after recent strong wage growth data prompted investors to ratchet up expectations for U.S. rate hikes this year and sparked a rout in world stock markets.

"Markets have suddenly woken up to the fact that central banks are tightening rates and economists have been saying for a year now that inflation is being artificially suppressed by non-market forces," said UBS global chief economist Paul Donovan.

"As a result, today`s data has the potential to get investors really excited if it comes in higher than expected."

Headline consumer price inflation is forecast to slow to an annual 1.9 percent and core inflation to 1.7 percent, an outcome that could help calm nerves.

Unease about the looming inflation data was perhaps greatest in currency markets, where the dollar slid to a 15-month low against the Japanese currency at around 106.82 yen.

Measured against a basket of currencies, the dollar was steady at 89.74, having dipped to a one-week low. The euro was flat at around $1.2348.

The dollar index has now given up two-thirds of the gains it notched up this month when investors rushed into the greenback as equity markets suffered a violent sell-off.

"My read is the dollar has not benefited in line with previous corrections of this magnitude. The dollar move also reflects the fact this has not yet become a correction where markets and investors are worried about the macro backdrop," said Kamakshya Trivedi co-head of global FX and EM strategy at Goldman Sachs. "(Today`s) CPI will be key to see if the correction extends further or if we are near the end of it."
ALL ABOUT THE DATA

In Europe, strong economic data reinforced the brighter outlook for the world economy, supporting sentiment towards risk assets such as southern European bonds.

Euro zone industrial production jumped more than expected in December, while the euro zone statistics office confirmed its a preliminary estimate of gross domestic product growth in the last three months of 2017 at 2.7 percent against the same period of 2016. Overall in 2017, euro zone GDP rose 2.5 percent, the fastest growth rate since 2007.

That followed news earlier on Wednesday that Japan`s economy posted its longest continuous expansion since the 1980s boom as fourth quarter growth was boosted by consumer spending.

The drop in the dollar meanwhile gave a fillip to commodities, with copper firm after jumping 2.7 percent overnight.

Oil prices dipped, squeezed by lingering oversupply including rising U.S. inventories and ample physical flows, though the prospect of Saudi output dropping in March, economic growth hopes and a weaker dollar all combined to cap losses.

Elsewhere, South Africa`s rand rose to its strongest level against the dollar in about 2-1/2 years as investors awaited the latest twist in the saga surrounding the departure of President Jacob Zuma, who has been ordered by the ruling ANC to quit as head of state.