Britain`s Brexit-bound economy unexpectedly grew in February, helped by manufacturers rushing to meet orders from clients who are stockpiling goods ahead of the country`s break from the European Union, official data showed. 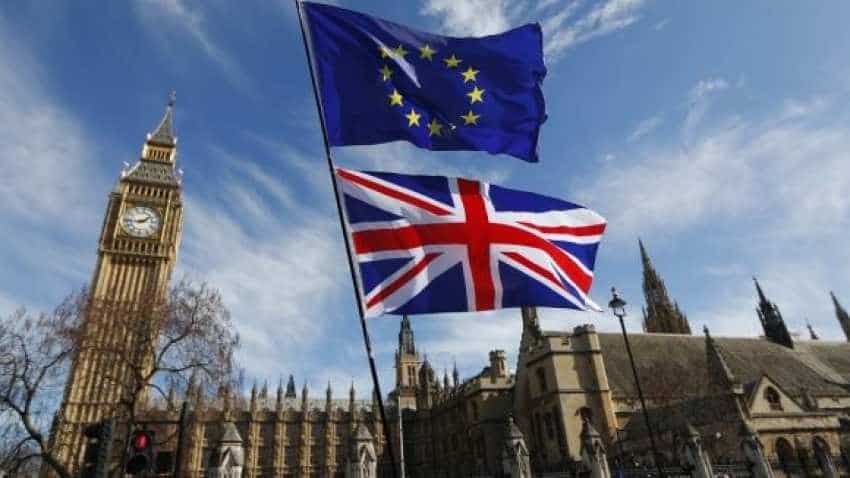 Britain`s Brexit-bound economy unexpectedly grew in February, helped by manufacturers rushing to meet orders from clients who are stockpiling goods ahead of the country`s break from the European Union, official data showed.

While still sluggish, the economy expanded by 0.2 percent from January, the Office for National Statistics said on Wednesday. Economists in a Reuters poll had expected zero growth. Britain`s economy has held up better than expected since the 2016 Brexit referendum although it has slowed since mid-2018 as the political impasse over the country`s departure from the EU deepened and as the world economy lost momentum.

The International Monetary Fund said on Tuesday that Britain would grow by 1.2 percent in 2019, if it can avoid the shock of a no-deal Brexit. That would be faster than Germany`s 0.8 percent and only a touch slower than France`s 1.3 percent. But Britain still looks set for its weakest growth in a decade this year, even assuming a Brexit deal will be done, according to forecasts from the IMF and the Bank of England. Prime Minister Theresa May will ask EU leaders for a new delay to Brexit on Wednesday, just two days before Britain is due to leave the bloc without the cushion of a transition deal.

Wednesday`s data showed that over the three months to February, gross domestic product grew by 0.3 percent, holding at the same pace as in January -- which was revised up slightly from a previous estimate -- and stronger than a forecast of 0.2 percent in the Reuters poll.

In annual terms, growth in February hit 2.0 percent, the strongest pace since late 2017.

Sterling briefly hit the day`s high, rising 0.2 percent to $1.3086 before falling back. Samuel Tombs, an economist with Pantheon Macroeconomics, said the resilience of the data -- combined with wages that are growing at their fastest pace in a decade -- would put renewed pressure on the BoE to raise interest rates this year. "We continue to think that the 20 percent chance that investors are attaching to a rate hike this year is far too low and still expect the (BoE) to raise Bank Rate once before the end of this year," Tombs said in a note to clients.

The ONS said it saw signs that clients of manufacturers were stockpiling goods to get ahead of any border delays after Brexit, which was originally scheduled for March 29. Manufacturing output jumped by 0.9 percent in February from January, accounting for about half of the overall economic growth rate. Economists have warned that a rise in orders before Brexit could lead to a pay-back of less demand later. The ONS said it could not quantify the impact of stockpiling on the data.

Britain`s dominant services sector grew by 0.1 percent in monthly terms in February, held back by the 12th fall in a row in the financial services sector -- the longest such run on record -- while construction rose by 0.4 percent.

There were signs that the slowdown in the global economy was also weighing on Britain`s economy. Export volumes fell by 0.4 percent in the three months to February from the three months to November while imports jumped by 6.8 percent. So far, Britain`s exporters have shown no sign of being helped by the fall in the value of the pound following the 2016 Brexit referendum.