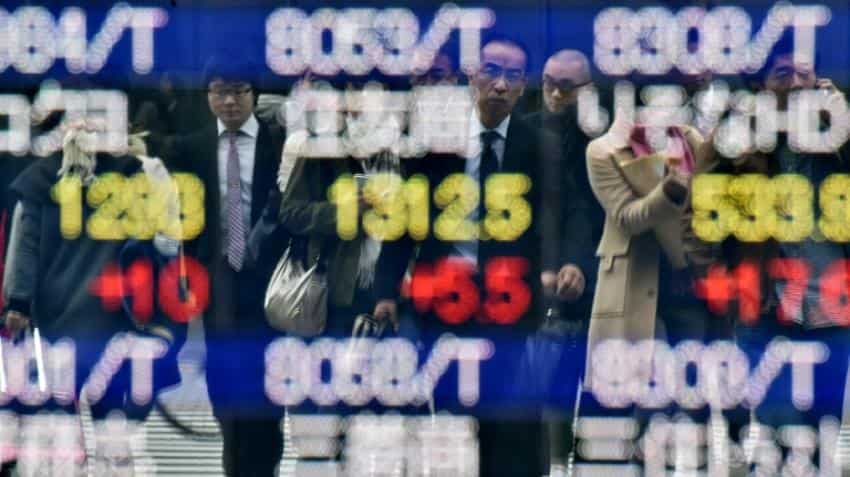 Oil prices sank further in Asian trade on Monday on fears a planned cut in output will not be agreed by top producers this week, while the dollar retreated against most of its peers after its recent surge.

Both main crude contracts slumped around 4% on Friday owing to disagreements over how to implement a reduction deal, with Iran and Iraq pressing to be excluded and Russia suggesting it will only freeze output.

News that Saudi Arabia, the kingpin of the OPEC cartel, had walked out of talks on Monday -- and suggested demand will pick up in 2017 -- has fanned fears a hoped-for settlement will not be reached before its twice-yearly meeting on Wednesday.

"With so many toys being thrown out of their prams now in oil quota tantrums, its hard to see who will pick them all up by Wednesday`s deadline," Jeffrey Halley, senior market analyst at OANDA, said in a note.

In early trade on Monday Brent and West Texas Intermediate (WTI) were down almost 1%.

The losses weighed on energy firms, with Australia`s Woodside down 2.5%, Tokyo-listed Inpex losing almost 2% and CNOOC in Hong Kong off 1.2%.

Despite the losses most regional stock markets were up, extending last week`s gains on bets Donald Trump`s spending plans will ramp up growth in the US economy.

Hong Kong added 0.4% with dealers welcoming Friday`s announcement that a long-delayed link-up between the bourse and Shenzhen`s market will start on December 5. Shenzhen, however, was only marginally higher, while Shanghai was up 0.5%.

The scheme will give Hong Kong traders access to the mainland`s second stock exchange, the world’s eighth largest with a market capitalisation of $3.3 trillion as of September.

The tie-up follows a similar "stock connect" between Shanghai and Hong Kong launched two years ago, which gave foreigners new access to Chinese companies not quoted elsewhere, and enabled mainlanders to trade in Hong Kong.

Tokyo shed 0.8% by the break, with exporters hit by a slight recovery in the yen against the dollar.

ALSO READ: Oil may rise to $55 if all producers cooperate - Iran

The greenback has come off multi-month highs touched last week -- fuelled by bets on a US interest rate hike in December -- as traders take a breather.

The dollar tumbled to 111.65 yen, having almost hit 114 yen at the end of last week, while higher-yielding currencies also made inroads.

The Australian dollar, South Korean won, Indonesian rupiah and Mexican peso were also sharply up on the US unit.