No breakthrough in Brexit talks as new deadline approaches

At a summit in Brussels, May met with German Chancellor Angela Merkel, the leaders of Belgium, Denmark, Lithuania and European Council President Donald Tusk, seeking to move the talks onto future relations between Britain and the EU, especially their trade ties. 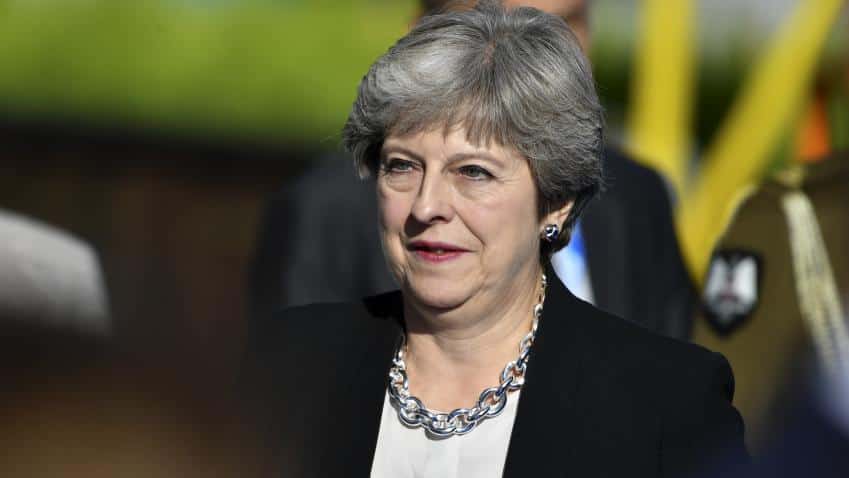 British Prime Minister Theresa May failed today to make any breakthrough in Brexit talks with the European Union, as time runs out to move the negotiations into a critical second phase before the end of the year.

At a summit in Brussels, May met with German Chancellor Angela Merkel, the leaders of Belgium, Denmark, Lithuania and European Council President Donald Tusk, seeking to move the talks onto future relations between Britain and the EU, especially their trade ties.

"There are still issues across the various matters that we are negotiating on," May told reporters after her meetings. "But there has been a very positive atmosphere in the talks and a genuine feeling that we want to move forward together," she added.

Britain is set to leave the bloc on March 29, 2019, but the negotiations must be wrapped up in less than a year to leave parliaments time to ratify the agreement.

EU leaders are set to decide in three weeks if the negotiations have made "sufficient progress" -- on Britain's financial settlement, the status of Irish borders and the rights of citizens hit by Brexit -- for the talks to be expanded.

Currently, it seems unlikely that will happen.

After his meeting with May, Tusk tweeted that "sufficient progress" by the December 14-15 EU summit could yet be made, "but still a huge challenge. We need to see progress from UK within 10 days on all issues, including on Ireland."

May refused to say how much progress was made on the future of the border between EU member state Ireland and Northern Ireland, which is part of the UK, or on the size of the divorce bill.

On the latter she said only: "we have been talking about how we can progress the issue in relation to the financial settlement."

Asked by British reporters whether their country should pay more, Austrian Chancellor Christian Kern said: "Yes of course you should, it's an easy answer."

More generally, Luxembourg Prime Minister Xavier Bettel said "there is still some work to do to bring us closer on certain points" by the next EU summit in Brussels.

The big sticking point for Ireland is to ensure that no barriers to trade are set up after Brexit between it and Northern Ireland, which is part of the UK, especially given the sectarian tensions that have long simmered in the region.

"We are not going to allow a border to remerge on the island of Ireland, and we have a shared responsibility with Britain to make sure that doesn't happen," said Irish Foreign Minister Simon Coveney.

"If progress isn't made in terms of more clarity, and more credibility in terms of how these issues can be resolved in a way that prevents a hard border on the island of Ireland, well then we cannot move on to phase 2," he said.

Coveney said that Ireland has the firm backing of its 26 EU partners.

"We have seen no suggestion that other countries are moving away from that position of solidarity, absolutely not," he added.

After he meetings, May said only: "we have the same desire. We want to ensure that the movement of people and trade across that border can carry no as now and that we don't create any new barriers."