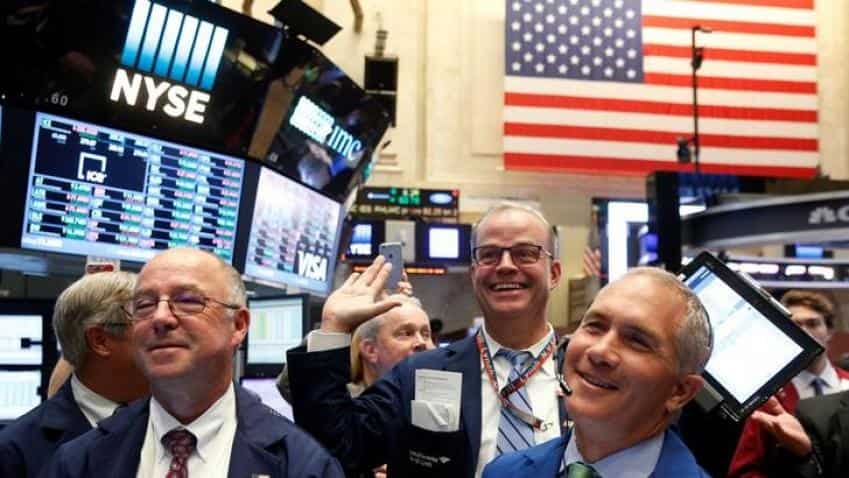 Traders react while working on the floor of the NYSE. Image Source: Reuters
Written By: Reuters
RELATED NEWS

The Nasdaq hit a record intraday high on Thursday amid broad gains in US stocks, a day after the Federal Reserve stood pat on interest rates.

While the risks to economic outlook were roughly "balanced", the US Fed maintained rates as inflation continued to run below its 2% target and members saw room for improvement in the labour market.

The central bank slowed the pace of future hikes and cut its longer run interest rate forecast to 2.9% from 3%, but sent a strong signal for a move by the end of this year.

"The US Fed probably appeared less hawkish than what the markets had expected," said Ryan Larson, head of equity trading at RBC Global Asset Management in Chicago. "I think the market continues to be focused on the US Fed pushing a hike for later as a good thing rather than bad."

The consensus among economists is for a hike in December as the US Fed's November meeting comes right around the US Presidential elections.

The probability of a November hike stands at a modest 12.4%, and rises to 58.4% for December, according to the CME Group's FedWatch tool.

The dollar index dropped 0.6% on Thursday, and was on track to mark the second straight day of losses after the central bank's decision.

Oil prices rose about 1.8% as the dollar fell and US crude inventories recorded a surprise drop.

The S&P energy index surged 1.33% and was the top gainer among the 11 major sectors of the benchmark index.

Adding some support to the US Fed's plans for at least one hike this year was a report that showed the number of Americans applying for unemployment last week fell to a two-month low.

Shares of Apple rose 0.9% to $114.56 and was the top influence on the S&P and the Nasdaq after Nomura and RBC raised their price targets.

One weak spot was Jabil Circuit, which dropped nearly 6% to $22.34 after the contract electronics maker said it intended to realign its business at a cost of $195 million over two years.