Kuwait to get world's longest bridge Sheikh Jaber Causeway, to reduce travel time between Kuwait City and Subiya by 50 minutes

Sheikh Jaber Causeway is expected to cut down the travel time between downtown of Kuwait City and Subiya to 20 minutes from over 70 minutes at present. 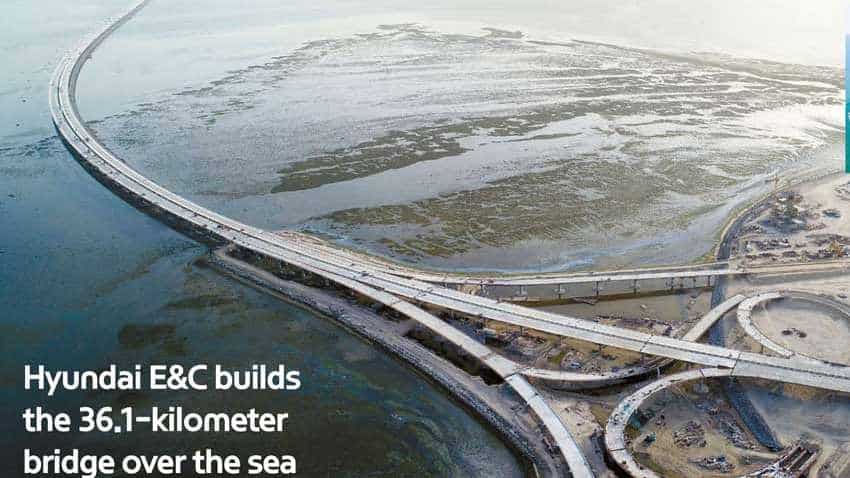 Sheikh Jaber Causeway: It is reported that the construction work for the project is in its final stage and the Hyundai Engineering & Construction will complete the project this year.

Kuwait is all set to be the home of the world's longest bridge - the Sheikh Jaber Causeway which will be linking Kuwait City to Subiyah New Town across the Kuwait Bay. The total length of the bridge will be around 48.53 km, about 7 km longer than China's Haiwan Bridge which is in Qingdao of Shandong Province.

"Hyundai E&C is constructing the Jaber Causeway Bridge in Kuwait where the temperature exceeds 50 degrees Celsius during the summer season and massive sandstorms hit in spring and autumn. The 2.7-trillion-won ($2.6 billion) mega project designed to build the 36.1-kilometer bridge (main part) is well underway with 92 percent being completed," Hyundai had said in mid-2018. The project is expected to get completed in April this year. 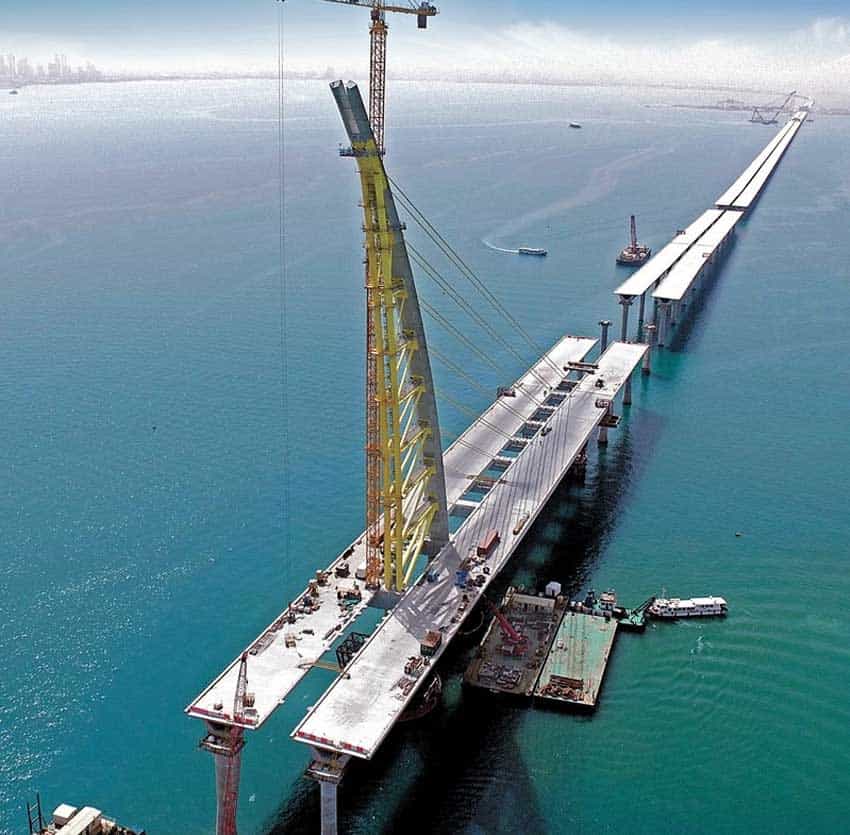 It said that Hyundai E&C also conducted a wide range of safety-related tests to ensure that the main bridge can withstand high temperature, seawater and strong wind.  Moreover, the FSLM (Full Span Launching Method) was used to build the superstructure of the bridge. To erect 1,800-ton PC box girders, Hyundai E&C produced a variety of heavy equipment including a floating crane and a launching gantry.

The bridge is expected to cut down the travel time between downtown of Kuwait City and Subiya to 20 minutes from over 70 minutes at present.