If Trump wins, claimed Joe Biden, in his pre- election talk, that it would be the 'dumbing' down of Brand America. 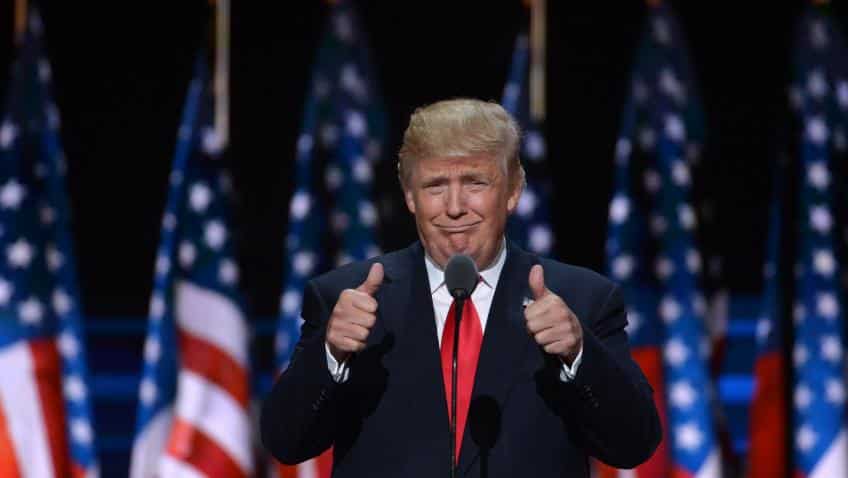 Donald Trump takes the stage on the last day of the Republican National Convention in Cleveland, Ohio, the United States, July 21, 2016. Photo: IANS

If Trump wins, claimed Joe Biden, in his pre- election talk, that it would be the 'dumbing' down of Brand America.

Those were some of the emotions people witnessed in the US and across the world when Republican candidate Donald Trump won the US Presidential election earlier this week.

'How to move to Canada' was a search term that went up by 1000%, according to Google Trends after Trump's victory became apparent. In fact, with this sudden surge, Canadian migration website crashed. US citizens were also found searching for how to migrate to other countries such as New Zealand.

This brings out an important point on how does this affect Brand America?

N Chandramouli, CEO of TRA Research that the Trump victory directly has an impact in a way the world views Brand America - a place which was synonymous with progressive thinking, modernism, equality and innovation.

“It is indeed true that the attractiveness of this county as an aspirational destination has gone down several notches. The sentiment is also reflected in the fact that more Americans goggled ‘How to immigrate to Canada?’ after his win. Perhaps this US election outcome will result in a new world order where America is not at the top of heap,” he said.

This is true as President-elect Trump has said some of the most hateful and racist speeches during his campaign, not to mention the sexist comments against women. Several are also worried what the state of the country will become with his almost close door policies and selective community hatred such as with the Muslim and Hispanic community.

According to Sridhar Ramanujam, Founder & CEO of Integrated Brand-Comm, thought there was no hope of him winning and several people said a lot against him we don't know what kind of leader he will be. “His victory speech yesterday was nothing like the speeches he gave during the campaigning. Things may be toned down now that he has come into power.”

He said that while for business it may not be all that bad as he is a businessman and could be surrounded by a business circle that will be willing to contribute in the planning of his policies.

“For India he has always had favorable words and could be good in terms of businesses for us. But for people may have been looking to study in the US, they may now start to look at place like Australia, France, Europe, etc. Because the studying there will be taking a huge education loan for which the only way for them to repay it is to get a job there. If they have such close-door policies then this will impact Brand America's image,” he added.