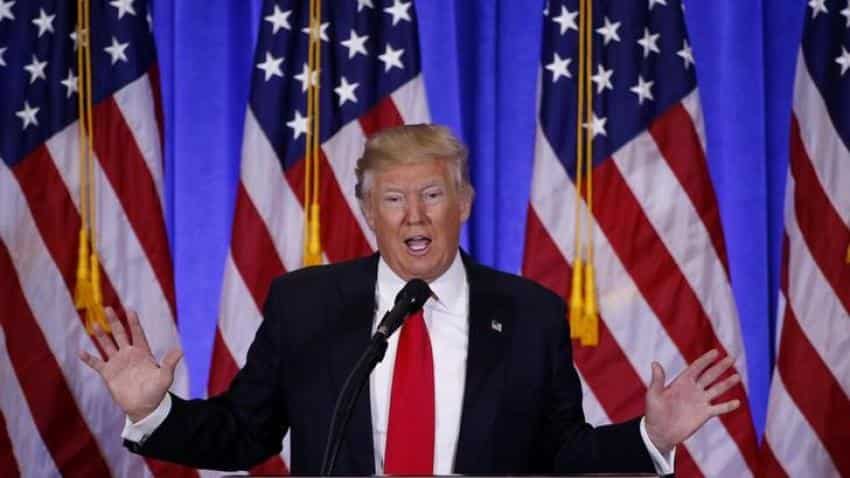 Worries over Donald Trump`s economic policies and the potential for US policy errors rose sharply this month, according to a survey of fund managers released on Tuesday, prompting them to hold more cash even though they expect growth and inflation to rise further.

Bank of America Merrill Lynch`s (BAML) monthly fund manager survey for January also showed that the highest proportion of investors since 2006 think the dollar is overvalued, and the highest in almost 14 years think the euro is undervalued.

The monthly survey of 215 clients with $547 billion of assets under management was conducted between January 6 and 12, two months after the US election and just days before Donald Trump`s inauguration as the 45th president of the United States (US).

Since Trump`s victory, US stocks have hit record peaks, tumbling bond prices have pushed yields up to multi-year highs, and the dollar has reached a 14-year high even in the face of an OPEC-fueled surge in oil prices.

But these so-called `Trump trades` have faded since the turn of the year. Investors are increasingly nervous about what a Trump administration`s policies will be and how they will affect world trade, growth and financial markets.

The biggest `tail risks` in last month`s survey were: concern of further European Union (EU) disintegration or bank defaults (29%), and a stagflationary crash in the bond market (26%).

Being long US dollars was the most crowded trade "by a country mile", cited by almost half of all respondents (47%), followed in a distant second place by short government bonds (11%).

The number of respondents expecting above-trend growth and inflation rose to 17% from 12%, the highest in five-and-a-half years, the survey showed.

Asked what level of 10-year US Treasury yield would trigger an equity market correction, more than half of respondents (53%) said 4%, a fifth said 5%, and 16% said 3%.