France's highest appeals court dismissed Lagarde`s challenge against the decision to try her for negligence in her handling of a dispute between a state-owned bank and businessman Bernard Tapie. 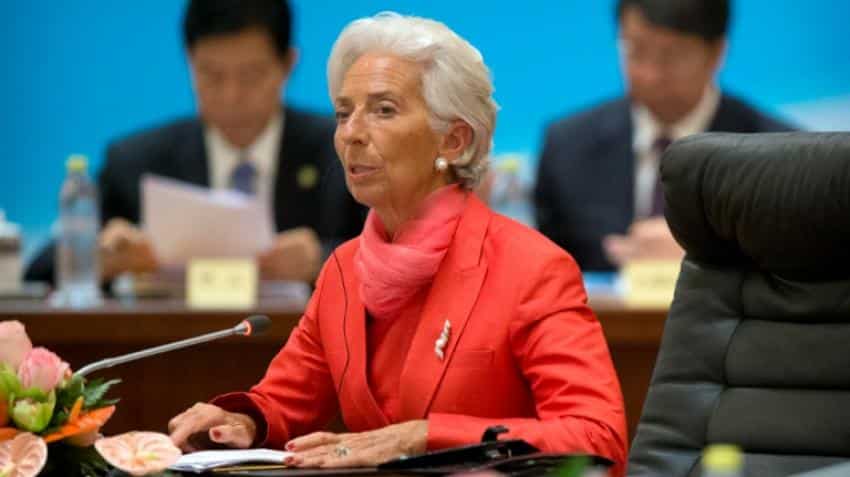 IMF warns the US over rising high poverty, inequality in the country

IMF chief Christine Lagarde was ordered Friday to stand trial in France over a massive state payout to a colourful tycoon when she was French economy minister, dealing a setback to her stellar career.

France's highest appeals court dismissed Lagarde`s challenge against the decision to try her for negligence in her handling of a dispute between a state-owned bank and businessman Bernard Tapie.

Tapie walked away with a staggering 404 million euros ($445 million) in compensation in 2008 after Lagarde ordered the long-running row over the sale of Adidas to be resolved by arbitration. 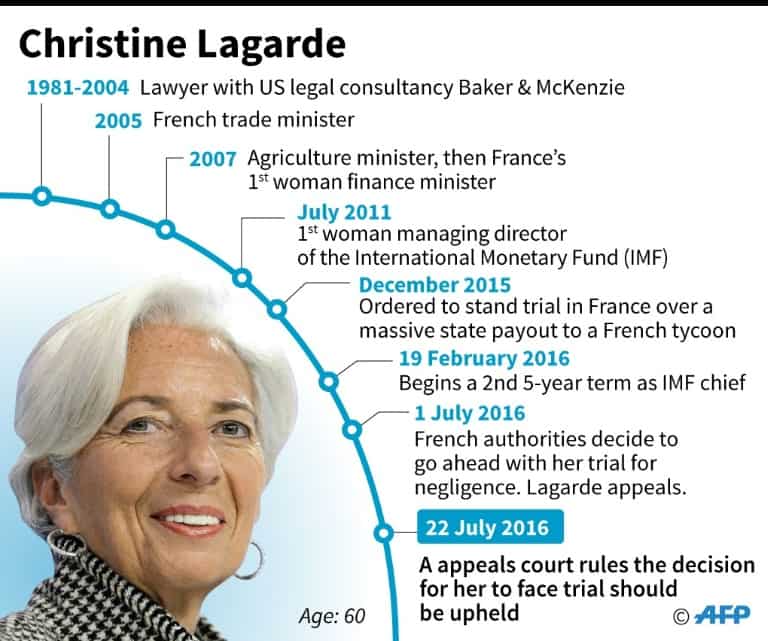 Tapie claimed he was defrauded by Credit Lyonnais bank, which handled the sale of the sportswear giant that he owned between 1990 and 1993.

Friday`s ruling means 60-year-old Lagarde will go before a special tribunal that hears cases against government ministers accused of wrongdoing in the discharge of their duties.

No date has been set yet for the trial.

The ruling is a blow to the IMF boss, who became the first woman to head the IMF when she replaced Dominique Strauss-Kahn in July 2011.

She has been touted as a possible French presidential contender, though she denies any ambitions to hold the job.

The ruling comes two days after she began her second term as head of the IMF, where she has been hailed as both a tough negotiator and a skilled consensus-builder.

She insists she acted in France`s best interests in the Tapie affair, and the IMF has expressed firm backing for her.

In a statement on Friday the Washington-based lender said its board "continues to express its confidence in the Managing Director`s ability to effectively carry out her duties".

Her lawyer Patrick Maisonneuve said he was "convinced" that she would be "absolved of all responsibility".

Lagarde will be the third successive IMF chief to face trial.

Strauss-Kahn, her predecessor and compatriot, was acquitted of pimping by a French court last year, four years after he resigned his IMF post to fight separate sexual assault allegations.

Spain`s former IMF chief Rodrigo Rato has also been ordered to stand trial for misusing funds when he was head of Spanish lender Bankia.

Lagarde was placed under formal investigation in 2014.

The case against her stems from her decision both to refer the Tapie row to arbitration, instead of leaving it to the courts to resolve, and then failing to challenge the massive award.

A court has since ruled the process was fraudulent because one of the arbitrators had links to 73-year-old Tapie, a flamboyant figure who was cities minister in the 1990s and has also dabbled in acting.

Tapie has been ordered to repay all the money.

Lagarde has denied any wrongdoing or that she acted on orders from then president Nicolas Sarkozy, whom Tapie supported for election in 2007.

Six people, including Tapie and one of the arbitrators, have been charged with organised fraud amid suspicion the mediation was rigged in the businessman`s favour.

In an interview with AFP in Washington earlier this month Lagarde insisted she had a "clear conscience".

"I`ve always acted in accordance with the law, and I`ve always had in mind the public interest.

"It was not my duty to select the arbitration panel, to investigate their past and history, and I had no reason to doubt their probity and honesty," she said.

Investigating magistrates however found evidence of "serious negligence on the part of a minister tasked with conducting affairs of state" and said Lagarde`s actions had led to a gross "misuse of public money".

The appeals court in its ruling Friday did not weigh in on the merits of the case, saying only that the magistrates had "justified" their decision to send it to trial.

IMF warns the US over rising high poverty, inequality in the country