737 Max is the fastest selling aircraft in the company’s history, accumulating 4,700 orders from more than 100 customers worldwide. The jet was designed to offer the greatest flexibility, reliability and efficiency in the single-aisle market. 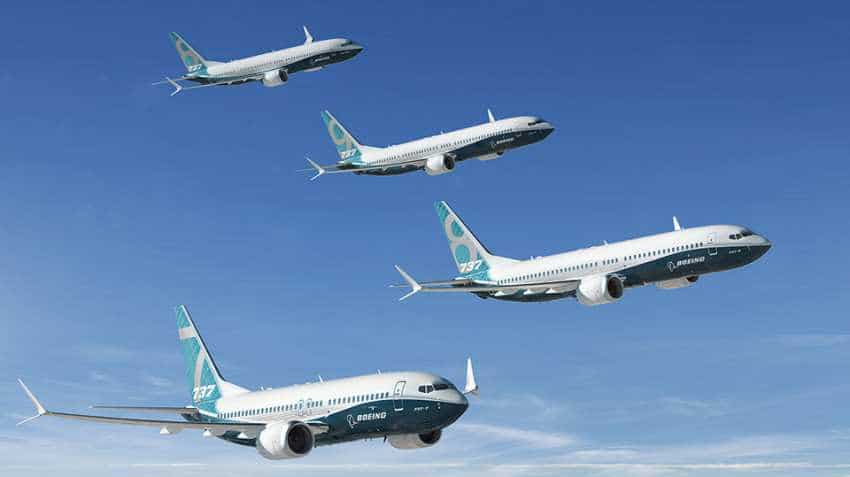 At first, it was Lion Air crash in October 2018, and now Ethiopian Airline crash last week, which has made the majority of countries to ground the Boeing 737 Max. Photo:
Written By: Pooja Jaiswar
RELATED NEWS

Back-to-back two plane crashes killing everyone on board within five months span of time, has evoked a negative fate for Boeing’s best selling and highly developed jet 737 Max. At first, it was Lion Air crash in October 2018, and now Ethiopian Airline crash last week, which has made the majority of countries to ground the Boeing 737 Max. Interestingly, Boeing cannot really afford to ground its jumbo jet, because it sits on a major order and has delivered many across nations. While many countries have ground Boeing 737 Max and are waiting for results from investigations of these two airline crash, the 737 Max maker, however, has not decided to follow the same format. Boeing has given its reaction where it has promised to be committed in the ongoing investigation. But the real picture is why the countries are grounding this aircraft, and why Boeing cannot shut down the operations of 737 Max.

Following the Ethiopian Airline crash, the share price of Boeing on The New York Stock Exchange (NYSE) has taken massive hits. Investors have dampened the company’s shares so much that, it was down by nearly 13% on NYSE in 1 day. However, on Tuesday, Boeing’s stock finished at $375.41 down by $24.60 or 6.15%.

In India, SpiceJet and Jet Airways alone have 116 and 125 of Boeing 737 Max 8. In China, there is China Eastern Airlines and China Southwestern airlines who have 13 and 50 737 Max 8, followed by Ethiopian Airlines having 30 aircraft, Malaysia Airlines with 15 jets, LOT Polish Airlines with 12 jets, Norwegian Air Shuttle with 110 aircraft, Oman Air with 20 jets, Icelandair with 3 jets and Comair (South Africa) having 8 jets.  Hence, the grounding of this jet numbers are massive, and can impact Boeing’s future operations ahead.

Both Lion Air and Ethiopian Airline crash has similar pattern to why they went down. On October 29, 2018, Lion Air Flight 610 was travelling to Depati Amir Airport in Pangkal Pinang, carrying 189 passengers including crew members and pilots, crashed into the sea of the coast of Java within 12 minutes of takeoff. There were no survivors and the investigation is still ongoing.

Later on March 10, 2019, Ethiopian Airlines Flight 302 travelling to Nairobi, crashed within six minutes of takeoff near Bishoftu which was less than 40 miles away from Addis Ababa airport from where the airline took off. On board 157 passengers including crew members, all died.

Few similarities are that, both the plane crashed within few minutes of takeoff and in a very sudden manner. Both the flights struggled to gain altitude, they both ascended and descended several times before nosediving. Apart from this, in both the planes pilots informed air traffic control that something was wrong in the system and asked permission to return back.

So what has happened is that, Boeing’s 737 Max 8 in the cockpit of these two aircraft made an opposite change. The sensor at the time of taking off, insisted that the nose of jet was too high and immediately an automatic feature kicked in which was a new pattern for pilots. When the auto mode took control of the plane, it started to nosedive while pilots struggled in lifting the nose back up.

On the Ethiopian crash, Boeing said, “Boeing is deeply saddened to learn of the passing of the passengers and crew on Ethiopian Airlines Flight 302, a 737 MAX 8 airplane. We extend our heartfelt sympathies to the families and loved ones of the passengers and crew on board and stand ready to support the Ethiopian Airlines team. A Boeing technical team will be travelling to the crash site to provide technical assistance under the direction of the Ethiopia Accident Investigation Bureau and U.S. National Transportation Safety Board.”

On Boeing website, it is mentioned that, 737 Max is the fastest selling airplane in the company’s history, accumulating 4,700 orders from more than 100 customers worldwide. The jet was designed to offer the greatest flexibility, reliability and efficiency in the single-aisle market. Every jet in this 737 Max family features new Boeing Sky interior, modern sidewalls, window reveals, LED lighting, spacious and larger pivoting overhead stowage bins.

Among the largest customers are - Southwest Airlines having 250 737 Max 8 aircraft alone, followed by Irish low-cost carrier Ryanair with 135 aircraft, GECAS an Irish-American commercial airline having 150 jets, FlyDubai having 131 jets and VietJet Air with 120 jets.

For every 737 Max 8, Boeing gets up to $121.6 million. Hence, the loss at the end of Boeing will be breathtaking, considering the amount of order, expenditure costs and everything.

Interestingly, Keith Mackey, Aviation Safety Consultant and former airline captain told CNBC that, Boeing 737 Max has some differences, but it is not entirely different from previous designs. It has got a little more automentation. It has a system which prevents the airline from stalling because of the larger engines.”

Therefore, Mackey recommends that pilots will need to learn the Boeing 737 Max systems.

While many countries have banned Boeing 737 Max, United States which is the largest customer of this aircraft has refused  to ground it. According to BBC news, the FAA said a review showed"no systemic performance issues" and there is no basis for grounding the aircraft.

Boeing has told its customers of assuring the safety procedures. It said, “Safety is Boeing’s number one priority and we have full confidence in the safety of the 737 MAX. We understand that regulatory agencies and customers have made decisions that they believe are most appropriate for their home markets. We’ll continue to engage with them to ensure they have the information needed to have confidence in operating their fleets. The United States Federal Aviation Administration is not mandating any further action at this time, and based on the information currently available, we do not have any basis to issue new guidance to operators.”

Thereby, it is quite clear that Boeing 737 Max is a next level aircraft with more advance engines and functioning. However, because it is different from other aircraft at certain level, rather than grounding the jet there is an urgent need of trainings for taking this plane in air. However, whether other countries decide to take a chance with Boeing on this jet will be keenly watched.

Meanwhile, on Boeing's front, if they  wants their 737 Max to continue be its best selling model, they might want to make pilots aware of every features in their manual. Although, even if currently 737 Max gets a green signal for being in air ahead, if the accidents continue definitely it will not be good for Boeing’s image and sales of 737 Max in future course.